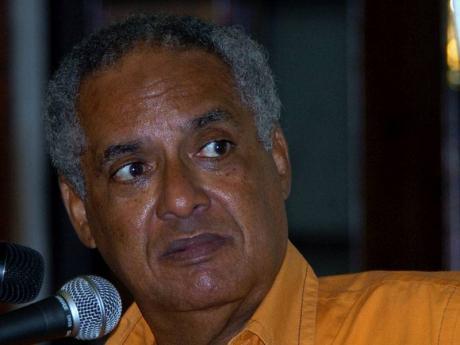 The veteran politician died this morning in Kingston after recently testing positive for COVID-19. He was 80 years old.

Duncan began his political career in 1966, just four years after the island’s independence. Later working alongside Michael Manley as a chief political general, he became known as one of the PNP’s most passionate leaders that were vocal about post-colonial change on the island.

Throughout his 50 year career, Duncan was known just as much for controversy as he was for community leadership. In his last act of service to the PNP, he was the member of parliament for the Eastern Hanover constituency from 2016 to 2018.

CNW Managing Editor, Garth A. Rose, who worked closely with Duncan during the late 1970s, said that he was extremely dedicated to the upliftment of Jamaicans.

“I found him an extremely passionate and dedicated politician, and a man dedicated to the upliftment of the poor in Jamaica,” said Rose. “He may have been somewhat misunderstood because of his political ideology at the time, but nonetheless, he was very dedicated and true to the cause of Jamaica and Jamaicans.”

The outgoing leader of the PNP, Dr. Peter Phillips said that Duncan “was a true revolutionary, a faithful soldier and a stalwart for the cause of the people. He dedicated his life to the liberation struggle. He kept the red flag flying high despite the barriers and setbacks.”

Duncan leaves behind an incredible legacy. He is survived by his wife of eight-years, Beverly Duncan, a former first lady, along with six children, most of whom are well-known in the public eye.

His son, Keith Duncan is the CEO of the JMMB Group and president of the Private Sector Organization of Jamaica, his daughter Donna Duncan-Scott, is the JMMB Group’s Chief Culture and Human Development Officer, two daughters: Patricia Duncan-Sutherland and Imani Duncan-Price are politicians in the PNP and another daughter, Khia Duncan is an ENT surgeon who in recent times has been extremely vocal about the lack of resources to fight COVID-19 in Jamaica.

The ministry of health and wellness has not yet stated whether or not Duncan was one of the five COVID-19 deaths recorded today.