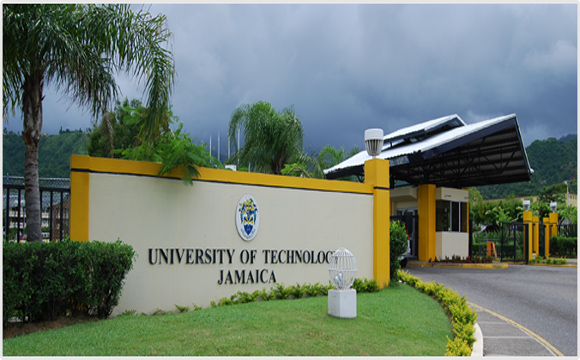 Jamaica’s University of Technology (UTech), come January 2021, will be offering a landmark four-year Bachelor of Science (BSc/) degree in Mines and Quarry Management.

The brainchild of Associate Professor and Head of the School of Building and Land Management at UTech, Laurence Neufville, the course will not only target students from Jamaica but also throughout the region and beyond.

“Within the faculty of the Built Environment, we offer a lot of technical courses… the surveying programme… real estate management… urban and regional planning… and all of the construction engineer and management type programmes and courses,” Neufville said.

“There is no course that exists within Jamaica and the wider Caribbean in mining and quarry. We believe that a four-year degree programme, specifically dealing with mining and quarry, will fit comfortably within this school.”

Neufville explained that his interest in developing a course in mining and quarrying started with an invitation he received from the United Nations Development Programme (UNDP) to attend a curriculum development workshop in Mozambique several years ago.

He said that the workshop was “aptly entitled a curriculum sprint, and we spent three days trying to develop various curricula that could speak to training persons in this particular area – mining and quarrying”.

He added that the workshop was very insightful and showed him a vision of the future and what he had to do on his return to his native land.

The Professor said it was back in Jamaica that he implemented his “return to work” plan and which “we were all asked to develop when we were in Mozambique”.

“Mine was a course in mining and restoration. So, I implemented it and it involved students from UTech taking the course as well as participants from the industry who paid to take it as a continued professional development course of study,” he noted.

Neufville, a former Head Boy at Titchfield High School in Port Antonio, and who spent some 20 years working in the Ministry of Mining prior to his association with UTech, said he is confident that the pioneering BSc programme will reap significant benefits for Jamaica and could be a catalyst for other programmes throughout the Caribbean.

“In order to properly regulate the industry…I find it necessary and easier… when we educate the stakeholders,” he said.

“One of the things that I found lacking… was in the area of education and training. So, I thought that being at the university where my major goal was in education and training that I could safely say… let us attack this particular sector… which is so significant to Jamaica in terms of its contribution to the gross domestic product (GDP).”

He pointed out that formal and relevant education, which employs an outcome-based approach, can be the catalyst for improvement and the breaking of new ground in the mining and quarrying industry in Jamaica, with relevance to the wider Caribbean.

Neufville said that the course will prepare students who are able to successfully fill the gaps that currently exist in the management of mine and quarry operations in Jamaica and throughout the region.

“Less than 50 per cent of those working in the mining sector have the requisite qualifications,” he noted.

“We did a survey where more than 85 per cent who responded believed that the sector requires formal education and training in mining, quarrying and restoration for granting of licence to operate within the sector.”