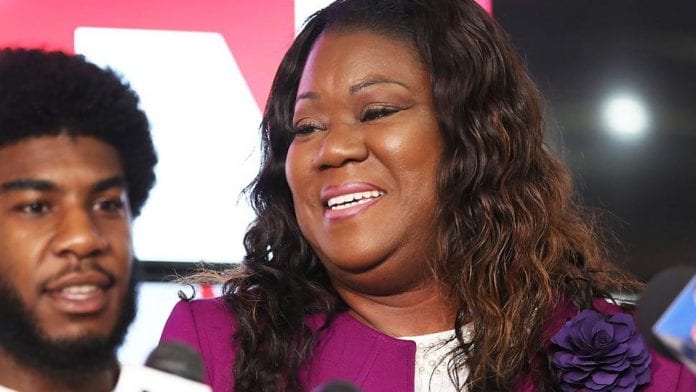 On Monday, via a YouTube video, Sybrina Fulton the mother of Trayvon Martin, the unarmed Miami teenager who was shot and killed in 2012 as he walked to his father’s house in Sanford, Florida, by George Zimmerman, a white neighborhood volunteer, launched her bid for a seat on the Miami-Dade County Commission.

On Saturday May 18 she announced her election bid saying,  “Since 2012, I have advocated tirelessly to empower our communities and make them safer. But the work is not done. I am proud to announce that I will run to represent District 1 on the county commission.”

The District 1 seat is currently held by Commissioner Barbara Jordan who because of term limits will relinquish the seat in 2020.  It has been reporting that incumbent Miami Gardens Mayor Oliver Gilbert will also campaigning for that seat.

If elected, Fulton hopes to use her platform to promote gun control through more thorough background checks and limiting private gun sales.

In her campaign video she said, “This is an opportunity to continue to turn the tragedy in my family into positive action that helps thousands of other families……I’m a real, everyday Miami-Dade mom, but I’ve also worked my way up in county government,” Fulton said. “I know the need for new leaders focused on narrowing the gap between the rich and the poor. I’m determined to make economic and social change for my community.”

Since her son’s murder in 2012, and the subsequent exoneration of Zimmernan by a Florida court, Fulton has become an inspiring spokesperson, along with Trayvon’s father Tracy Martin for parents, especially those who lost children to gun violence, and concerned citizens across the country. The couple also co-authored the book, Rest in Power: The Enduring Life of Trayvon Martin.

The publicity surrounding Trayvon’s death and the ensuing trial catapulted the country into national debate. Despite the intense struggle of losing a child, Fulton has become a role model to many by turning her grief into advocacy. Remaining strong throughout the trial and ensuing months, she lends her voice to speak against violence towards children and the need to build better, safer communities for all.

A Miami native, Fulton graduated from Florida Memorial University, where she earned a bachelor’s degree in English. She  worked for the Miami-Dade County Housing Development Agency for over 25 years, and is a member of Antioch Missionary Baptist Church of Miami Gardens.

Although she has been an ardent advocate against gun violence since her son’s death Fulton has indicated she is not anti-gun. Campaigning for Democratic presidential candidate Hillary Clinton in 2016, she said, “We need to get to a place where people who own guns are responsible gun owners,” she says. “It’s not about being for or against guns. It’s about everybody being responsible.”

She plans to make ending gun violence a key issue of her election campaign, saying in a recent campaign statement, “Our county must continue moving forward so our families are safe from violence, can afford to live in Miami-Dade, and have access to good paying jobs. I am ready to take on these issues and many others in county government.”

Along with ending gun violence she highlighted public safety, affordable housing, and reducing the cost of living as other key issues in her campaign video.