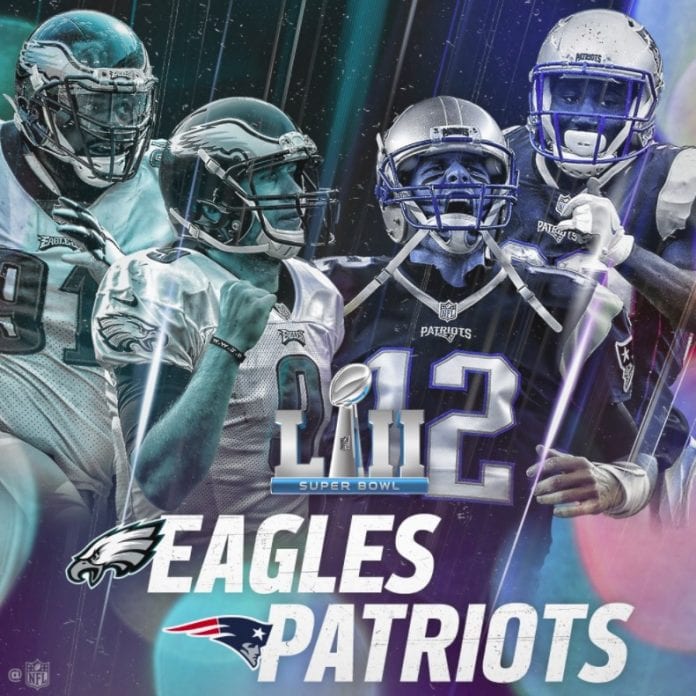 Millions of people in the US and worldwide will be tuned to television sets this evening to view Super Bowl LII (52) to be held at the US Bank Stadium in Minneapolis between the defending champions New England Patriots the AFC champions, and the Philadelphia Eagles, the NFC champs.

Fans of American football will be anxious to see if the Patriot’s Tom Brady, one of the greatest quarterbacks in the history of the National Football League can lead his team to his sixth Super Bowl victory, or will he be stopped by the determined Eagles.

In last year’s Super Bowl against the Atlanta Falcons, Brady stunned the world with a phenomenal fourth-quarter comeback after being down 28-3 in the third quarter to win the game. Brady is now 40-years old and playing as good as ever. If the Patriots win today, he would become the oldest quarterback to win the Super Bowl and the quarterback with the most wins. He led the Patriots to his first Super Bowl win in 2002, when they defeated the St. Louis Rams 20-17.

Could Brady be foiled by Eagles

Even some of the more dedicated Patriot fans are concerned that Brady and his teammates could be foiled on Sunday evening by the Eagles who looked devastating in shellacking the Minnesota Vikings 38-7 in the NFC Conference Finals on Sunday, January 21.

Although Eagles doesn’t have a quarterback in the realm of Brady, Nick Foles, 29, the Eagles back-up quarter back has been playing outstanding football, and certainly did not play like he was the backup against the Vikings.

The Eagles also have an excellent running game.  Their starting running back Jay Ajayi, who joined the team midseason in a trade with the Miami Dolphins has been very impressive. In addition to Ajayi, the Eagles also have two very good running-backs in LeGarrette Blount and Corey Clement.

Eagles fans believe the Eagles running game, and the consistent Eagles defense will overcome the accustomed brilliance of Tom Brady to give Philadelphia its first Super Bowl title.

One thing is for sure, Super Bowl 52 will be won by either the New England Patriots or the Philadelphia Eagles. The world will know the answer at around 11:00 pm tonight.