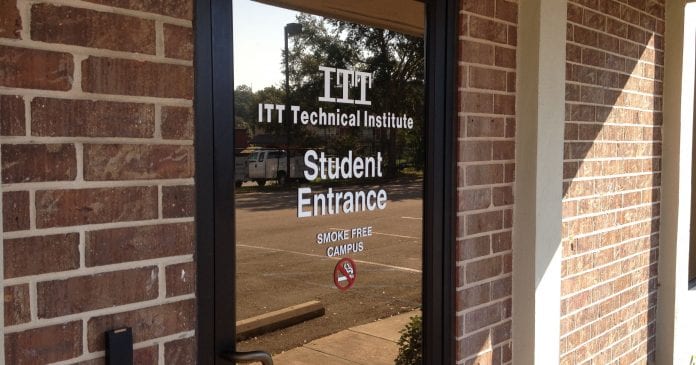 ITT Technical Institute, one of the nation’s oldest, private, for-profit colleges with campuses in 38 states including Florida, closed its doors on Tuesday. Operated by ITT Educational Services based in Indiana, the company has attributed its closure to sanctions issued by the U.S. Department of Education last month. The sanctions included a ban on enrolling new students who rely on federal Pell grants and student loans.

The college’s closure has taken its over 35,000 students, including several on campuses in Davie and Miami by surprise.

Morty Webb, an Antiguan-American said he arrived at the Davie campus on Monday to get his schedule for his business course set to resume on September 12, and was shocked to learn the school had closed. “I didn’t see this coming, the courses were good in my opinion. I was preparing to graduate next April. I have invested almost $8,000 in this course through loans, what do I do now?”

The closure affected another Caribbean-American student, Thelma Rowlings, really bad. Last year, days before beginning a medical technology course at Dade Medical College, another for-profit college in Coral Gables, it also suddenly closed. She then shifted to the ITT campus in Miami Gardens. “I’m so frustrated. I urgently want to get a diploma in med-tech and these private schools keep closing.”

Private-for-profit colleges and vocational schools serve students who do not meet acceptance standards of traditional two and four year colleges in gaining higher education diplomas in several fields. However, dependent on their financial viability on federal financial aid received by students, some of these colleges have come under scrutiny by state and federal governments. Some have been found to be not accredited institutions, as required, and some offering diplomas which have little value to graduates on the job market.

According to reports ITT Educational Service, which has been operating since the 1970s was being closely monitored by the feds since 2014 for its financial operations and accreditation requirements. Before the DOE enforced sanctions on the school on August 25, and banned it from enrolling new students with federal financial aid its accreditor reported the school failed to meet basic standards required for renewing its accreditation. It was also reported the school was being investigated for having students take large and risky loans and for compromising the quality of their courses.

West Kendall resident, Eugene Ross, originally from Jamaica, was a Financial Aid Administrator (FAA) with the Manhattan, New Yok campus of ITT ES in the 1980s. Ross recalls FAA’s were pressured into “packaging” students to receive federal grants and loans. “This was the life line of the school, and we would get gifts from admission officers the more students we succeeded in getting grants and loans for.”

National Weekly was unable to contact officials at either of the school’s local campuses. However, information sourced from the school’s main office in Carmel, Indiana indicated school officials are available to help students obtain transcripts, and transfer to other schools. The DOE is also urging community colleges to accept qualified ITT students and stated students who were enrolled at ITT within the last 120 days can apply to have their federal student loans erased by the Education Department.

Webb and Rowlings said they’ll be seeking help from officials at the local campuses to be transferred to other schools. “I desperately want to get my business diploma soon,” Webb said.