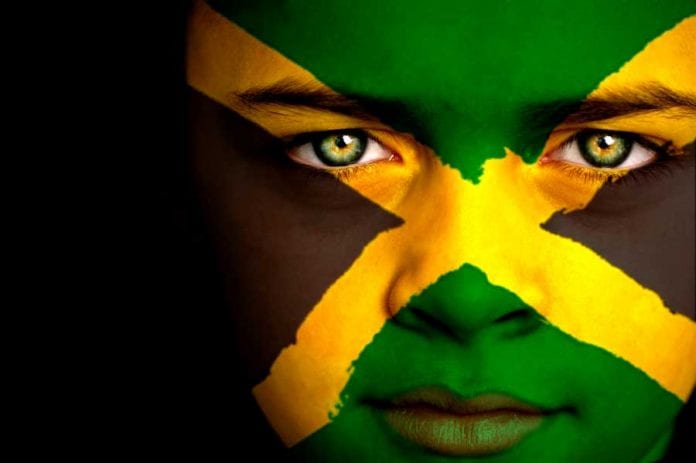 In South Florida recently, meetings have ignited within the youth community of the Jamaican diaspora, via an initiative being spearheaded by Miami-based Jamaican Consul General Oliver Mair. Through those discussions unique challenges in assimilation and identity have been pinpointed as affecting youth that have immigrated to the US, as well as those born and grown in the US to Jamaican parents.

During these exchanges, youth, which is loosely defined as persons 35 and under, say that they often struggle to navigate new cultural norms and values.

Meanwhile, for those born here, or who arrived as children, dilemmas in identity arise, especially for those having limited exposure to Jamaican culture outside the confines of their home. The phenomenon of having never been back to Jamaica, or never gone at all, is far more common than imagined.

To address these and a variety of other issues, a separate Global Jamaica Diaspora Youth Council has been in the works over the last year. This movement is being spearheaded by youth leaders in dominant diaspora regions in the US, UK and Canada.

The council is in its early stages, and is being formed by a select, core group of youth diaspora leaders, with each member having years of experience in youth diaspora engagement in various capacities. These leaders include South Florida-based Rain Jarrett and Amaya Lewis, and others throughout the US, including Mona-Lee Belizaire, Jenine Shepherd, Stephen Snider and Phillip Grant. The UK-based youth leaders involved include Tanesha Westcarr, Rachel Melton and Abigail Thompson-Shaw. Also, included are Canada-based youth leaders Natalee Johnson, Monique Broughton, Renee Wilkinson and Jemmar Samuels.

Along with the charge of forming an official Global Jamaica Diaspora Youth Council, which may end up either as an extension of the Jamaican government or a community-based initiative, the group will also lead the youth forum at the upcoming Jamaica Diaspora Conference, scheduled for June 16-20 in Kingston.

For the conference, the team has identified three focus points for discussion. These topics – which include knowledge transfer and mentorship; identity, acceptance and citizenship; entrepreneurship and investment – were identified as priority through surveys and extensive research within the youth diaspora community.

During the conference, the youth diaspora team will discuss collaboration between the Jamaican government, the diaspora and members of the Jamaican society in order to provide mentorship and knowledge transfer from those within the US, to key sectors in Jamaica in need of support.

While clearly benefiting Jamaica, this collaborative approach will also serve to remedy some of the disconnection that Jamaican youth feel while living and building projects outside of the country.

As 35-year-old Mikela Rose told CNW, this disconnection is a real issue for young people in the diaspora. The New York-based creator of a podcast called Style & Vibes explained, “As a diaspora there’s a feeling of being culturally connected, but not necessarily regionally respected. Being here we feel close to our culture, but that doesn’t always translate to immediate connection, especially being outside of the region.”

DC-based, Dylan Wong, 23, agreed, and acknowledges the tumultuous push and pull of wanting to go back home – a dilemma that would be greatly assisted by formal programs to help him bridge the gap between both countries.

“I know that I’m in the United States to learn the best practices in the hopes that one day I’ll contribute to the success of my country, but the longer I live here the less I see myself giving everything up to move back home… it’s hard for me to imagine a future where I’ll actually be able to have parallel successes back home and in the United States,” Wong shares.

By creating definitive outlets and resources for knowledge transfer and mentorship, the youth diaspora initiative will also assist persons like Kemoy Duhaney who wants to give back and help Jamaica, but has experienced challenges receiving support within the diaspora community.

Duhaney, a 36-year-old retail sales executive and strategy consultant in New York, told CNW, “One of the biggest challenges I face as a Caribbean American millennial, is finding other like minded individuals who are committed to creating opportunities for people of diaspora both abroad and in the Caribbean. In 2018, I became a citizen Of Jamaica to begin the process of fulfilling my dream of obtaining consistent running water in my family’s community in Jamaica. Running water shouldn’t be a privilege for tourists and select sections of the island. I am committed to creating wealth building opportunities for local Jamaicans in Jamaica.”

During the conference, the youth diaspora team will explore identity, acceptance and citizenship as critical areas affecting young people living in the US, which often cripples their ability to connect and therefore negatively impacts contributions to Jamaica.

For instance, 34-year-old Craig King, who has lived in Florida for most of his life, says he doesn’t fit the profile of a Jamaican. “When I tell people I’m Jamaican, including Jamaicans themselves, they don’t believe me,” he says. I don’t have an accent, and I’m much more Americanized than I am Jamaican. This has made me confused as to where I fit, and reluctant to claim my Jamaicaness.”

Meanwhile, youth diaspora initiatives may be lifelines for many who are new to living outside of Jamaica, such as Rachel Miller, 28. Miller has lived in South Florida for 3 years, is a teacher, and has found the transition lonely. “I find myself feeling much more overwhelmed and lonely here than I did back home in Jamaica,” she told CNW. “Sometimes I wonder if the sacrifice was worth it.”

According to Georgie-Ann Getton-McKoy, 24, based in New York, “It often feels like I won the ‘luck lottery’ in being able to come to America and now being a citizen, when I still have family and friends that are living in poverty… There is so much pressure to support the family financially and set an example of success. There’s so much stress and pressure packed into that role that it becomes extremely overwhelming.”

For the conference, the youth diaspora team will also explore entrepreneurship and investment through the lens of untapped business and investment opportunity identification.

According to Kerry-Ann Reid-Brown, the founder of the Carry On Friends podcast and Breadfruit Media, who lives in New York, the youth diaspora has been too long overlooked.

Reid-Brown argues that the older generation of Jamaicans living here need to be mindful of assisting the younger folks building their careers in the US. “We have all these alumni associations who are supporting schools back in Jamaica, but they’re also filled with professionals who aren’t supporting young Jamaican American professionals and entrepreneurs living here,” she reasons.

The entrepreneurial empowerment of the Jamaican population, both nationally and internationally, ensures the sustainable advancement of the country at large, Reid-Brown argues.

All the young people CNW spoke to believe that communication and creating connection is imperative, as is building a hearty, supportive community within the diaspora itself.

Finally, the diaspora youth leaders, and what may soon be the official Global Jamaica Diaspora Youth Council, are gearing up to be a strong unit working to quell the issues faced, and foster unbreakable ties of community, connection, and support for Jamaican youth at home and abroad.