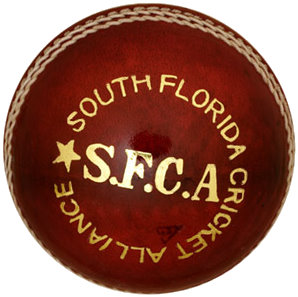 Port St. Lucie cruised to victory by 41 runs over St. Bess, at Girl Scout Friendship Park after winning the toss and electing to bat. Port St. Lucie reached 198 for 9 in their allotted 40 overs.

Mark Pinnock cracked 8 fours and 3 sixes while Charles Reid slammed 6 fours and 4 sixes as both batsman scored 80 runs, respectively. No other batsman got into double figures.

In a very positive reply, Ambassadors, led by a quick fire 59 runs from Cornel Peart and 41 from Captain Jamil Brown crushed the Titans by 5 wickets. Bowling for Palm Beach Titans, Errol Rattigan took 2 for 35 and Tanmay Kadam 2 for 54.

And, over at the John Stretch Park, Southshore won the toss and elected to bat first, piling up 222 all-out.

Michael Nembhard scored 51 and Denton Lloyd added 31. The pick of the bowler for Tropics United was Kimoy Salomon, who bagged 5 for 37.  In reply, Tropics United was skittled out for 149 even though Kimoy Salmon added 61 and Ernie Joseph, 22. They were the only batsman to get to double figures.

Bowling Southshore to a massive 73 runs win over Tropics were Maxie Gayle, who took 5 for 21 and Sylvester Hickie, 3 for 30.

This Sunday, March 11th, Southshore will play Lauderhill Jammers at the John Stretch Park; Port St. Lucie will face Ambassadors at the Girl Scout Friendship Park and St. Bess faces the Palm Beach Titans at The Lauderhill Sports Park. All matches will get underway at 11 a.m.