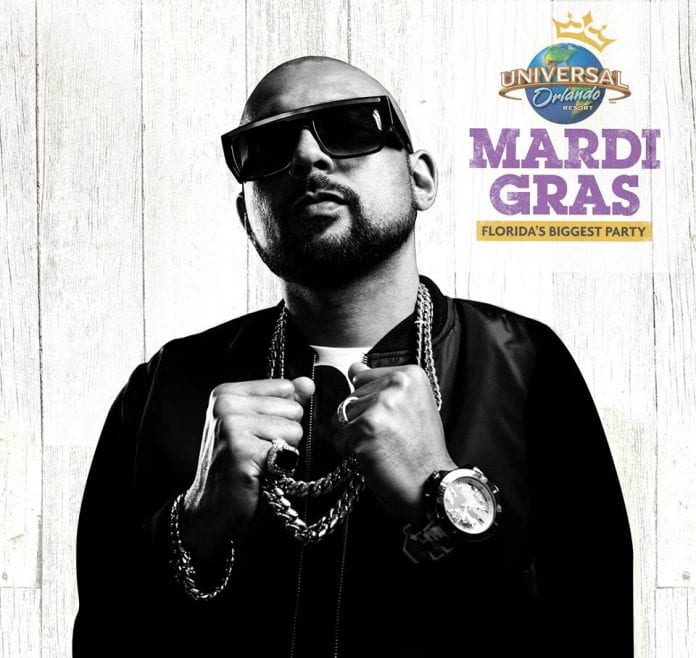 Paul, who has scored hits with his album “Dutty Rock” and such singles as “Gimmie the Light,” “Get Busy” and “Cheap Thrills,” will preform at Universal’s Music Plaza during Mardi Gras from 8:30 p.m. Saturday night.

Other performers for the month include the Beach Boys on Feb. 10, country-pop star Kelsea Ballerini on Feb. 17th; Macklemore on Feb. 24th and Foreigner on March 17th.

Universal’s Mardi Gras has lots of other stuff to tempt you. There’s a nightly parade, authentic New Orleans-style cuisine at the French Quarter Courtyard and music by New Orleans brass bands. The last headline concert is March 27th, but the Mardi Gras party continues through April 7.

There’s no extra charge for the Mardi Gras celebration or the concerts. It’s all included in the park’s admission price. All sorts of ticket packages are available, but one-day passes for Florida residents start at $110.