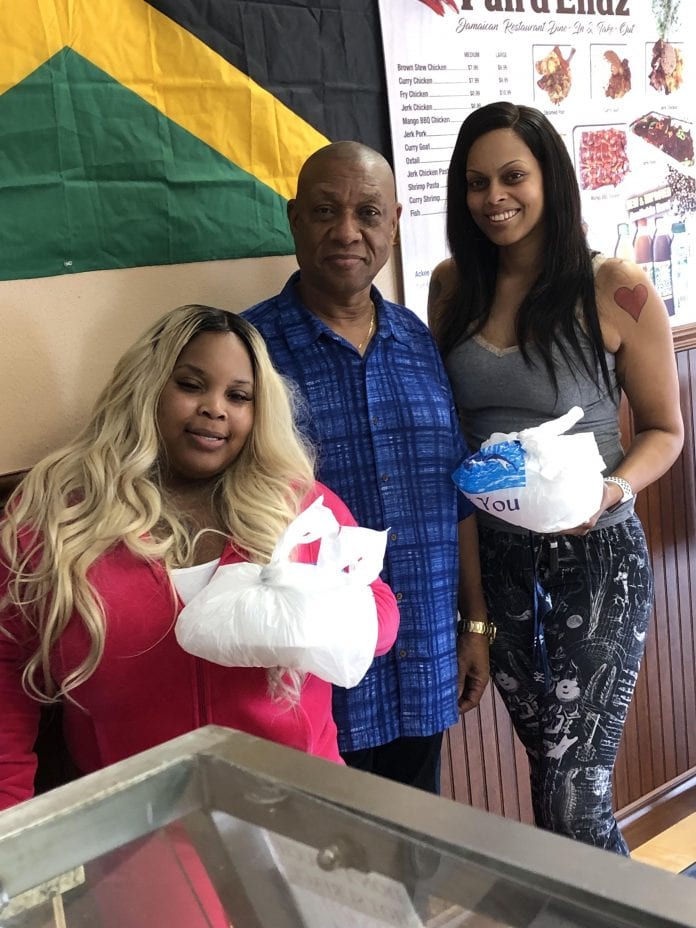 FT. LAUDERDALE – Help is on the way for the over 30 air traffic controllers at the Fort Lauderdale/Hollywood International Airport in an effort to relieve the stress of the continued government shutdown.

The air traffic controllers will be the recipients of gas cards to be supplied by local philanthropist and talk show host Reverend Dennis Grant, who for the past several days has been reaching out to others affected by the ramifications of the shutdown. “If the air traffic controllers cannot get to work, the lives of local and international travelers will be in danger. I am therefore appealing for others to help workers in this vital sector at other airports nationwide.”

In the wake of federal crisis, Reverend Grant, the host of the popular Love Doc program aired on WAVS radio, stepped up to help last weekend, when he, along with his co-host Stacey Rose partnered with Pan d Endz Caribbean restaurant to supply free meals for federal workers.

Following the overwhelming success of this event, Reverend Grant decided to reach out to the air traffic controllers. “So in addition to the free meals, the air traffic controllers, who are so vital to the country’s safety, will be given gas cards amounting to $50,” said Reverend Grant, who also issued an appeal to President Donald Trump to end the crisis. “I am appealing to the president to end the shutdown, so that life can return to normal.”

In addition, Reverend Grant is urging others to assist in anyway possible.

The gas-cards, will be handed out on Saturday, January 19, 3pm-7pm at Pan d Endz Caribbean Restaurant, located at 8763 NW 57th St. Tamarac, Fl.33351 The cards will be presented to those who produce suitable identification. The restaurant will also continue to provide free meals and groceries to all federal employees with identification.

On Saturday, the government will enter the 29th day of being shut down, surpassing the former 21-day record set in late 1995 and early 1996 during the Clinton administration.

Last week Friday, 800,000 federal workers, including air traffic controllers missed their first paycheck since the shutdown began. Aviation groups have warned that as long as the shutdown continues there will be longer wait times and possible checkpoint closures at major airports.

Listeners are urged to tune in to the Love Doc on Saturday between 11am and 2pm for the latest concerning the impact of the shutdown on the local community.