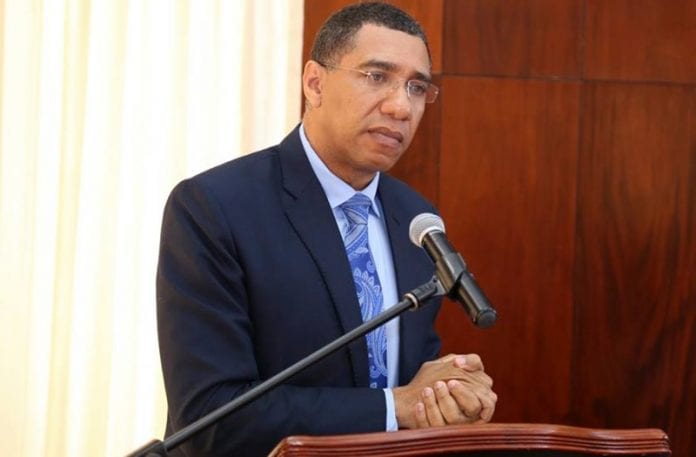 KINGSTON, Jamaica – Prime Minister Andrew Holness has warned establishments within the entertainment and other industries that the Government will close them if a certain level of adherence to the established coronavirus (COVID-19) protocols is not maintained.

“So far, the report is that there is a level of compliance that is… reasonable. There is room for improvement, but not at the stage where it would trigger a shutdown. But again, I repeat, if it reaches that stage, the Government will act swiftly,” said Holness who was speaking in Parliament earlier this week.

Concerning the ongoing curfew, which is slated to end on Friday, the Prime Minister noted that this will continue in place until September 30.

Meanwhile, the Prime Minister informed that the COVID-19 safety measures that are in place for the creative and entertainment sector and would have ended July 31 have been extended to September 30.

Similarly, measures for places of amusement, beaches, rivers, river rafting, restaurants and cinemas, have also been extended to September 30. The extension of measures to this period, also applies to zoos, parks, and water parks.

Additionally, the Prime Minster informed that the operating hours for markets and vending will also continue through to the 30th of September. Market hours are Monday to Saturdays, 6:00 a.m. to 7:00 p.m (local time) and are closed on Sundays.

Further, measures relating to infirmaries, such as no visitors or admissions of new patients, and those relating to hospitals and nursing homes, namely one visitor per day, will also remain in place until the 30th of September.

In addition, measures regarding the operation of day-care centres and relating to gathering not exceeding 20 persons will continue in force until September 30.

On another matter, the Prime Minister informed that the phased reopening of the new school year will begin with the administrative opening on September 7.

“The seventh is when they would do a simulation for a week and then go to the phased reopening, which would be about the 14th of September when students would actually come back into school,” he said.