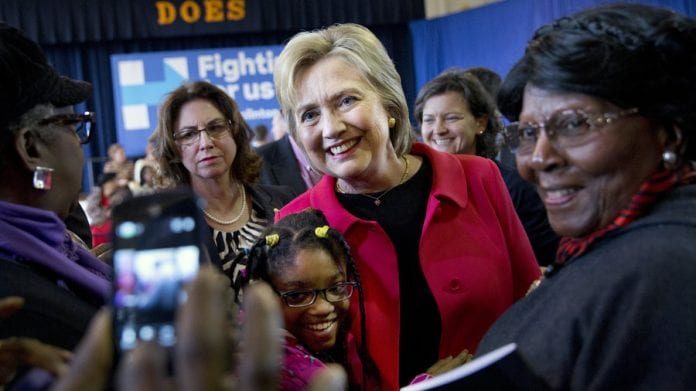 The anticipated first presidential debate between Democrat Hillary Clinton and Republican Donald Trump seem to have been a major motivator for voters who had been sitting on the fence about voting, and for people who were reluctant to register to vote, in November.

Based on the responses from South Floridians under age 45, 17 of whom were registered voters – 7 Democrats, 5 Republicans, and 5 independents, interviewed by National Weekly post-debate, Clinton won the debate 11 – 4 with 2 Republicans believing neither candidate won. Not surprisingly all the Democrats believed Clinton won, as did three independent and one Republican.

Among those, what surprised and concerned them was Trump’s response to Clinton’s allegation of not paying federal income tax, saying “That makes me smart.”

“How can Trump seek to become president of this country and imply that it’s not smart to pay taxes, when taxes are the life blood of funding key federal projects?” Nadia Blessing, a 26-year-old Tamarac resident, asked.

Most of the other registered and non-registered voters interviewed believed Trump’s remarks were either “irresponsible” or “stupid.”

The two Republicans who believed neither Trump or Clinton won, expressed concern that “Trump seemed unsettled and flustered,” and Clinton, “too scripted and smug.” “I doubt I will be voting this year”, said Andrew Mayes, 39. “I am not happy with either candidate whatsoever.”

Of the six unregistered voters five said the debate “seriously motivated” them to register before Florida’s October 11 deadline. “Honestly, I wasn’t really paying attention to the presidential election campaign until about two weeks ago, but the debate has completely motivated to get registered quickly,” said 31-year old Bradley Noble. He said he will likely register without party affiliation but “Unless something seriously occurs, I will vote Clinton. In the debate she seemed so much more confident, assured of herself and presidential compared to Trump.”

A coalition of Florida organizations are taking advantage of the momentum being generated as Election Day approaches, and from the debate, to register citizens who are still unregistered.

“Too many times our communities have been left forgotten by those who sought out their votes during election seasons. Now we are building our electoral power to demand plans of action from our elected officials,” said Daniel Barajas, Executive Director of the Young American Dreamers. “This goes beyond any election day, because our work is for our children’s future.”

“Our communities will not be persuaded by empty promises. We are actively reaching out to immigrant and black communities to ensure all eligible voters have our families in mind when heading to the polls this November.” said Ivan Parra, South Florida Campaign Lead Coordinator.

According to a recent United States Citizens Immigration Services, (USCIS) Florida is leading the nation in newly naturalized citizens with a spike of 54 percent in the past year.

Meanwhile, the presidential campaigns continue to focus their attention on Florida. On Tuesday Trump held a rally in Melbourne, Central Florida, while Clinton is scheduled to campaign in Broward and St. Lucie counties on Friday.