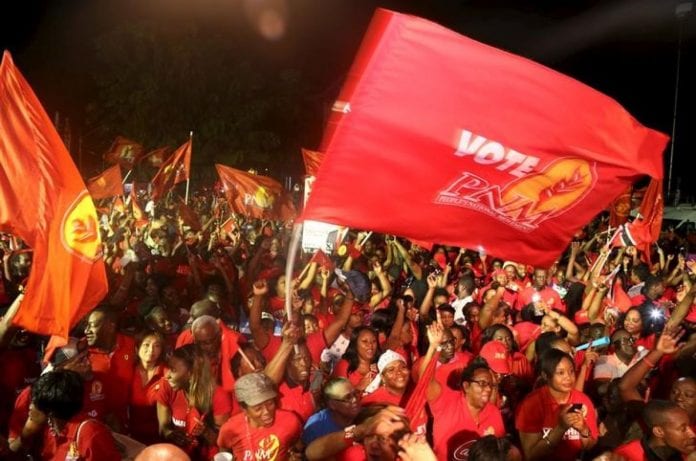 The ruling People’s National Movement (PNM) retained control of the Tobago House of Assembly (THA) winning 10 of the 12 seats in Monday’s elections.

According to the preliminary results, the newly formed Progressive Democratic Patriots (PDP) led by the president of the Public Service Association (PSA), Watson Duke, won the other two seats.

Prime Minister and PNM leader Dr. Keith Rowley said he was pleased with the outcome of the results, telling supporters, it was “a “handsome victory by any standard.

“We are extremely happy,” Rowley said of the victory given that the PNM had controlled all 12 seats in the last THA.

He said the victory, which provides the PNM with a fifth consecutive hold on the THA “should say a lot of the PNM’s success in Tobago and is something to be very proud of”.

“Anybody would know that the longer you are in office, the harder it is to win,” he said.

Charles is expected to be sworn in as the new THA Chief Secretary on Thursday.