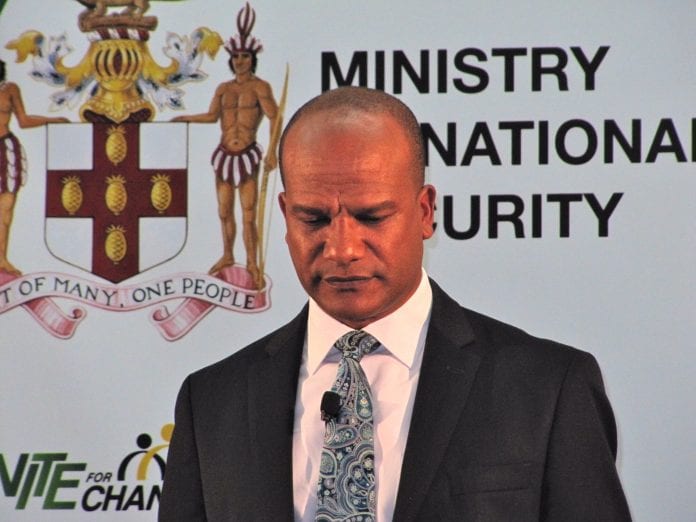 Supporters, of the Jamaican People’s National Party (PNP), including residents of South Florida, have expressed surprise and disappointment that Peter Bunting, former minister of national security has dropped his candidacy to succeed Portia Simpson Miller as president of that political party. When Simpson Miller announced recently that she wouldn’t seek reelection next year, Bunting, along with former finance minister Dr. Peter Phillips, were the early contenders to succeed her. However, on Monday, Bunting announced he decided not to be a contender.

Bunting said he made his decision in the interest of unity within the 78-year-old party, being aware of overwhelming support for Phillips, who is making his third bid to be PNP president. Phillips was defeated twice by Simpson Miller on his prior attempts.

Bunting’s withdrawal makes Phillips the sole contender for leadership of the party.

There are speculations there’ll be no other contenders, and the party is prepared to coalesce around Philips and focus on rebuilding the party which lost the February, 2016 General Elections, and last November’s Local Government elections to the Jamaica Labor Party (JLP)

However, PNP supporters in Jamaica and the Diaspora, were looking to a new, more generational, inspirational type leader, expounding fresh ideas to lead the party. These supporters believe Phillips, 67, is of the “old school” and not exactly the generational leader they anticipated.  These supporters believed Bunting, 56, would be closer to what they expected in their party’s leader, and better able to inspire Jamaican voters in future elections against the JLP led by its much younger leader, Andrew Holness, 44.

Making the disappointment worse is this is the second time Bunting showed interest in being the PNP’s leader, only to back down. After the PNP lost the February 25 General Elections, Bunting indicated he would appeal to delegates at the appropriate time, but then backed off from challenging Simpson Miller at the party annual conference last September. His supporters were optimistic he could win the presidency when he declared his intention last week to contest the post, and are again disappointed.

In a statement announcing his latest decision, Bunting said since declaring his candidacy for party president he had several  consultations with the party’s parliamentary and local government leadership. This made him realize the majority of these leaders believed it was “Comrade Peter Phillips’s turn to be party president.” Bunting said he will give Dr. Phillips his full support, and offered “to work on areas of weakness within the party ….and specifically on helping the party to effectively engage a wider range of supporters; and strengthening the internal framework for integrity and accountability.”  He added that based on the expressed support for Dr. Phillips “it would be irresponsible to cause the party to expend resources and divert our focus and energy at this time. Therefore, I will not be going forward in this contest.”