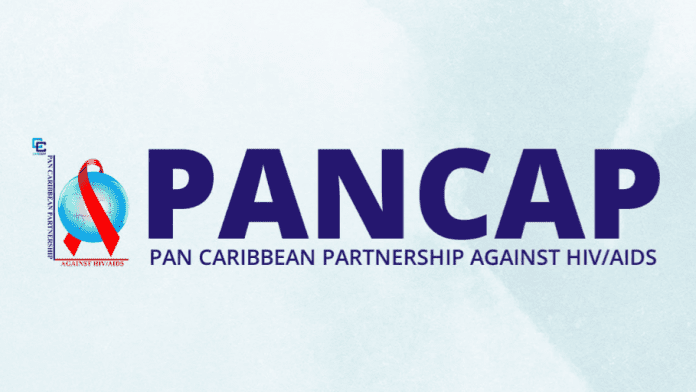 BRIDGETOWN, Barbados, CMC – The Pan Caribbean Partnership Against HIV/AIDS (PANCAP) Saturday urged all stakeholders, including regional governments, to ensure that the necessary actions are taken to allow people who want to know their HIV/AIDS status to “come forward with the knowledge that they will not be treated differently”.

PANCAP director, Dereck Springer, in a message marking World AIDS Day, said such persons if they tested positive should receive “the treatment, care and support they need to enjoy good quality lives and achieve viral suppression.

“Only then can we get them to know their status and begin the journey towards ending AIDS as a public health threat in the Caribbean,” he warned.

World AIDS Day is being observed under theme “Know your status” and Springer said that it encourages people to be tested.

“This theme is very relevant as the world has committed to fast track actions towards achieving the 90-90-90 treatment targets by the year 2020. The UNAIDS 2018 Global AIDS Monitoring (GAM) report informs us that there are an estimated 310,000 adults and children living with HIV in the Caribbean, of which nearly 55,000 are unaware that they have HIV.”

Springer said that while many people experience anxieties when contemplating being tested, it is good to know that the majority of them will test HIV negative.

“What is important is those who know that they are HIV negative have an incentive to keep themselves free from HIV by adopting changes to their lives that can reduce their risk and vulnerability to HIV. The few who test positive for HIV can have immediate access to life-saving antiretroviral drugs that would enable them to enjoy a good quality life and live much longer.

“The 2018 UNAIDS GAM report also helps us to understand that we still need to place 74,400 persons who are living with HIV on treatment and 103,000 are yet to achieve viral suppression, that is, having very low levels of virus in the body, even though the virus is still present,”’ the PANCAP director said.

AIDS can be defeated

He said the science and evidence show that AIDS can be defeated “once we get 90 per cent of people to know their HIV status, of those who are HIV positive 90 per cent receive anti-retroviral drugs and are retained in care, and 90 per cent of those on treatment achieve viral suppression. Once this happens, we are well on the way to achieving the end of AIDS, by 2030.”

But he said the biggest challenges facing the region are persistent judgment and unfair treatment of people living with HIV and persons belonging to key population groups such as gay men and other men who have sex with men, transgender persons, sex workers, persons who use drugs, migrants and other mobile populations, and persons with disabilities.

“We judge persons who are different from us and we often times treat them differently. We do so because we do not take the time to understand. This year’s theme must, therefore, serve as a catalyst for increased strategic advocacy using the PANCAP Regional Advocacy Strategy 2017 and national advocacy plans for increasing political will to remove the policies and legislative barriers that obstruct people from coming forward to know their HIV status. The fear is real as people are concerned that they will be treated differently if they test positive.

“We must bring into the spotlight the critical need for laboratory improvements and increased coverage in our region. We need more laboratory facilities including those led by the communities themselves to know our status.

Meanwhile, UNAIDS said that the 30th anniversary of World AIDS Day provides an occasion to remember the millions of people who have lost their lives to AIDS-related illnesses because they couldn’t access HIV services or because of stigma and discrimination. Last year, 9.4 million people living with HIV globally were not aware of their status.

UNAIDS said there were an estimated 310,000 people living with HIV in the Caribbean in 2017. The region experienced 10,000 AIDS-related deaths last year. AIDS-related deaths have declined by 23 per cent in the Caribbean since 2010. In 2017 there were an estimated 15,000 new infections. New infections have decreased by 18% in the region since 2010.

It said 73 per cent of people living with HIV in the Caribbean were aware of their status in 2017.

“Late diagnosis is also a challenge for several countries in the region. In 2017 nearly quarter of HIV diagnoses occurred among people with advanced HIV infection,” UNAIDS said, adding that 79 per cent  of diagnosed people were receiving antiretroviral treatment in 2017 while 70 per cent of those on treatment were virally suppressed. This viral suppression rate is far below the global average of 81 per cent.

“The Caribbean must strengthen strategies for successful treatment including increasing viral load monitoring, scaling up support for organizations that provide psychosocial services to those on treatment, and working to reduce stigma and discrimination,” said UNAIDS Latin America and Caribbean Regional Support Team Director, Dr. César Núñez.