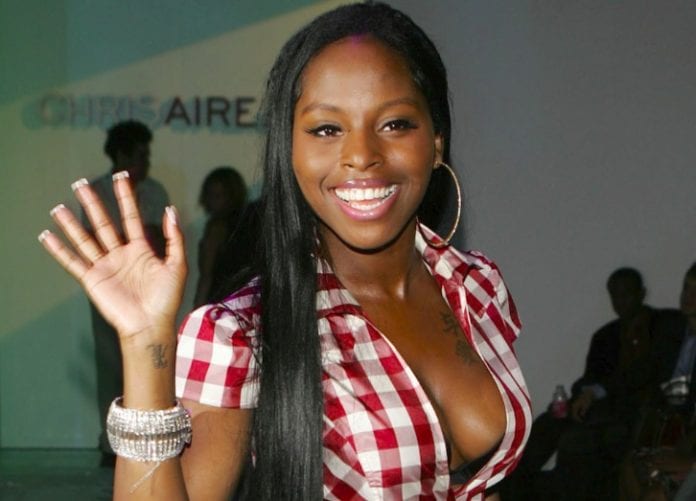 Rapper Foxy Brown, who was born to Trinidad immigrant parents in the US and who at one time was a supporter of Donald Trump, now reveals her dad has been stuck in T&T after being denied re-entry into the U.S.

Brown opened up about her family’s personal US immigration struggle, after reports of children being separated from their families at the US-Mexico border.

Father lived in US for 50 years

The rapper, whose real name Inga Marchand, in an Instagram post, said her father who has lived in the US for more than 50 years was not allowed to re-enter the country after a trip to Trinidad for carnival this year.

“Our trip to Trinidad carnival ended in horror, as immigration stopped my father at the airport and refused him entry back to the US, where he’s lived for 50 something years,” she posted. “Trinidad let him through. US won’t let him back in. It sent chills through my family. We fought like hell, quiet and yes, my father’s still stuck there.”

The Brooklyn-born rapper posted the message last week Thursday alongside the now-famous picture of a little girl desperately crying for her mother at the US/Mexico border.

“This angel’s Baby C’s age,” Foxy wrote in the caption referencing her daughter. “I’d literally f—ing die, torn apart from my daughter. The atrocity at the border is unspeakable; subjecting any child to an environment conducive to horror speaks volumes of this demonic-ass world we live in.”

Parents worked hard in the US

Brown also spoke highly about her parents, whom she said worked hard during their time in the US. She also expressed her pride in her Trini heritage.

Among few celebs who supported Trump

“I too, much like Kanye, was one of the few celebs who didn’t jump on the bandwagon and publicly denounce Trump,” she said. “Although I did not agree with every action — let me reiterate that, I did not agree with his actions — I respected the art of the deal, politics aside.”

But she added: “Seeing these angels torn from their parents, I knew no longer could I fight this in silence.”

The rapper has since made her Instagram account private. It is unclear what may have prevented her dad from being allowed back into the US. Under U.S. immigration rules, ICE can arrest, deport or keep out undocumented as well as legal immigrants who have a criminal record, even a minor one.