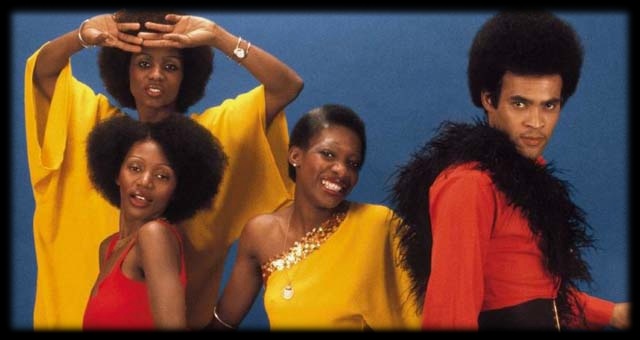 On this day in history in 1978, Boney M was featured at number one on the UK chart with the hit song ‘Rivers of Babylon’. The five week chart topping single was originally sung by Jamaican reggae group “The Melodians.” The 1972 movie “The Harder They Come” had the original version of the song on the sound track.

The Germany-based band Boney M., whose version of the song was released to the public as a single, stayed at the number one spot and was also the group’s only significant US chart entry, peaking at number 30 on the Pop charts. 2 million copies of Boney M’s version had sold in the UK and remains one of the top ten songs of all-time, and is also still the best-selling single in the UK. In Canada, the song was featured in   RPM magazine’s top 100 singles chart at number 25 and reached number nine on the Adult Contemporary chart. Rivers of Babylon was the first single from the band’s equally successful 1978 album Nightflight to Venus.

Did you know that the Rastafarian language was removed from the Boney M. version of the lyrics? They did perform an early mix of the song on a German television show singing “How can we sing King Alpha’s song”, as in the Melodians version, although it was changed to “the Lord’s song” for the original biblical words, in the released versions. Another part of the song also was changed to adapt to the audience; “O Far-I” became “here tonight” rather than the written Biblical original way of “O Lord”.