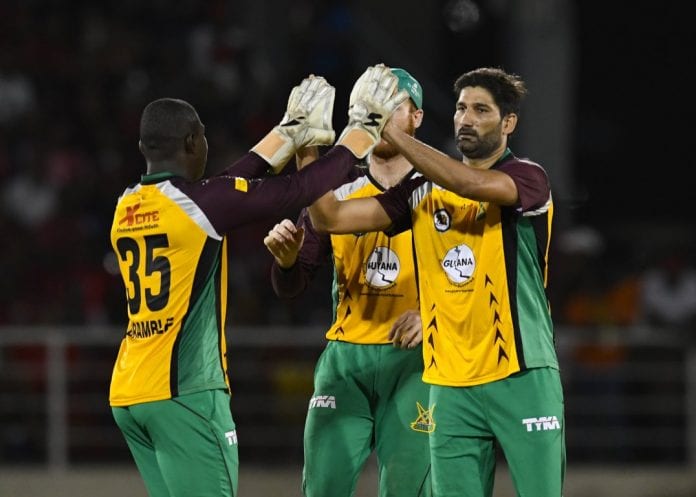 Guyana Amazon Warriors fast bowler Sohail Tanvir believes that his side will take confidence from their fine start as the early pace-setters start the home leg of their Hero Caribbean Premier League (CPL) matches against an in-form Jamaica Tallawahs on Thursday (7pm).

The Amazon Warriors have been in good form early on with successive victories over St. Kitts & Nevis Patriots and Trinbago Knight Riders (TKR) and will be counting on a large home support as they bid to win the CPL title which has eluded them on two occasions.

Looking ahead to Thursday night’s game in Providence Stadium, after an impressive win over reigning champions TKR at the weekend, the Pakistan international said that he was looking forward to playing in front of a packed Guyana public.

“I think that the reason why we signed three spinners is because you know the Guyana pitch plays slow and helps the spinners. We have seamers who can vary their pace and who suit those conditions…That’s the demands of T20 cricket. You can’t be predictable with your bowling. If you bowl at a similar pace you’ll get whacked.

“We’ve only played two games, there are eight games to go so we’re not sitting easy and relaxed. To win a game you have to play good cricket, whether you play at home or away. So we need to carry it on. We’ve got the momentum (and) we’ve got the confidence from winning two games away.

“The Guyana crowd is always big. This will be my first time playing there for the Amazon Warriors team, but I’ve played against them and I still remember back in 2014 in my first season of CPL the jam-packed crowd. We’re hoping for a good crowd to come out and support us, hopefully they’re happy with the results, and we’ll try our level best not to disappoint them.”