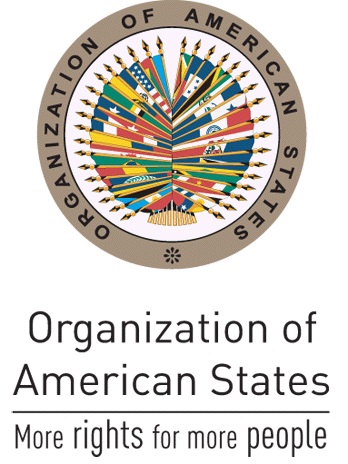 WASHINGTON – The Organization of American States (OAS) has rejected the latest report from Guyana’s Chief Elections Officer, which indicated a victory for the ruling coalition, A Partnership for National Unity (APNU) in the disputed March 2 regional and general election.

The Washington-based hemispheric body on Saturday noted that “the Chief Elections Officer of Guyana, in direct opposition to the instructions of the Chair of the Guyana Elections Commission, has submitted a final report which includes data compiled prior to the national recount; data which had already been deemed to be questionable.

“There can be no justification for this action,” it said. “As intimated in our statement of July 10, this confirms that the Chief Elections Officer is acting in bad faith and contrary to the interest of democracy in Guyana.

“Let us be very clear: the only democratic solution for Guyana at this time is respect for the results of the national recount,” the OAS added. “No other figures – neither those prepared prior to the recount, nor those recently invalidated by the Caribbean Court of Justice, nor any others that may be unilaterally devised by the Chief Elections Officer – can have any place in the final determination of results.

“A new electoral process is also an unacceptable solution,” the OAS continued, pointing to Article 1 of the Inter-American Democratic Charter that states that “The peoples of the Americas have a right to democracy and their governments have an obligation to promote and defend it.”

“It is past time that the current leaders of Guyana comply with their democratic responsibilities and allow the newly elected government to take its place,” the OAS said. “In the coming days, the OAS General Secretariat will report to the OAS Permanent Council on these and other recent developments in Guyana.”

On Friday, the OAS reiterated its call on the Guyana Elections Commission (GECOM) to move forward in concluding Guyana’s electoral process, “based on the results of the national recount, and in accordance with the will of the majority of the electorate.”

The OAS noted in a statement that the decision of the Caribbean Court of Justice on July 8, 2020 confirmed that GECOM has the final authority to declare these elections and that the Chief Elections Officer is required to comply with the Commission’s directives in this regard.

“The OAS notes and commends the instructions of the GECOM Chair, Justice Claudette Singh (ret’d), issued on July 9 and reiterated on July 10, that the Chief Elections Officer should prepare and submit his report using the results generated by the national recount,” the statement said.

“Regrettably, developments over the last two days suggest that efforts continue to avoid compliance with these obligations and to further prolong the term of the current government,” it added.

The OAS said that one of the principal obstacles to completing Guyana’s current electoral process is “a person whose duty it is to defend Guyana’s democracy through ensuring respect for the results of elections.”

In reiterating its statement on the national recount, the OAS said “GECOM should exclude from the current electoral process, and, indeed, from all future electoral processes, those persons whose actions display clear partisan bias, and who apply this bias unreservedly in hindering the natural unfolding of the democratic process in Guyana.”

But on Saturday, Guyana’s attorney general and minister of legal affairs, Basil Williams, said that GECOM chairman, retired justice Claudette Singh, cannot direct the Chief Elections Officer (CEO), Keith Lowenfield, what to include in his report to the commission regarding the disputed March 2 regional and general elections.