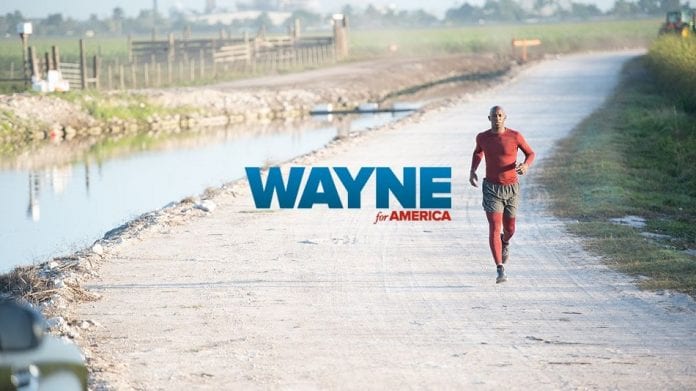 Becoming the 17th individual to have declared their candidacy for the Democratic Party, Messam has drawn surprise from people across the country as he isn’t considered nationally renown to be seeking the presidency.

Why is Washington experience relevant

Obviously cognizant of this criticism, Messam told the audience at FMU, “I know the national pundits and the status quo in Washington are asking ‘Why would a mayor run for President?’ These pundits are also asking ‘Is he qualified?’ ….. The real question should be what does Washington experience have to do with meeting the needs of the American people?”

Exuding the high level of confidence, he showed when he told CNW of his presidential bid last month, Messam said, “It is time America leads the world again, and the only way we can do this is to go big,” he said. “We must be bold, and our foreign policy must reflect our values if we are to truly lead.”

He promised, if elected president, to roll back the Trump tax cuts, reform gun laws and reduce gun violence death by 50 percent in his first term, and take aggressive action on a climate change policy. However, his focus was on reducing and forgiving student loan debt. He is one of the few of the announced candidates to place emphatic focus on resolving the nation’s student loan crisis.

He cited that a college degree is the most reliable path to the American dream as it offers opportunities for better pay, benefits and job stability. He said while having a post-secondary degree is one of the best investments a person can make, the pursuit of this American dream gives way to a nightmare of economic burden for students, while placing a drag on the American economy.

More than 44 million Americans are currently burdened with  student loan debt. Combined, they owe more than $1.56 trillion in private and public debt. The average student loan is growing in size; and Americans are taking longer to repay these loans. It is the second largest pool of consumer debt – second only to housing and $500 billion more than the next biggest category of debt – credit cards. One in five borrowers are behind on their student loan payments.

Messam said, “Before we can make college affordable for the next generation, we must provide relief for the roughly one-in-four adult Americans now struggling with student loans.”

He wants the federal government to cancel all federal and private student loans. If this was done, it would boost the annual GDP between $86 billion and $108 billion and create 1 million to 1.5 million new jobs each year.

Messam was first elected Mayor of Miramar in 2014 and was overwhelmingly reelected for a second term last month. He is the son of Jamaican immigrants and reminded his audience of this on Saturday, saying, “The American Dream my parents sought when they came from Jamaica with just a 5th grade education is fleeting. Together, we can put the American Dream back within reach for all.”

Adapting his campaign slogan as “Change can’t wait” the Miramar mayor and presidential candidate said, “As your President, I will champion change and opportunity for all people, not just the wealthy or well-connected.”