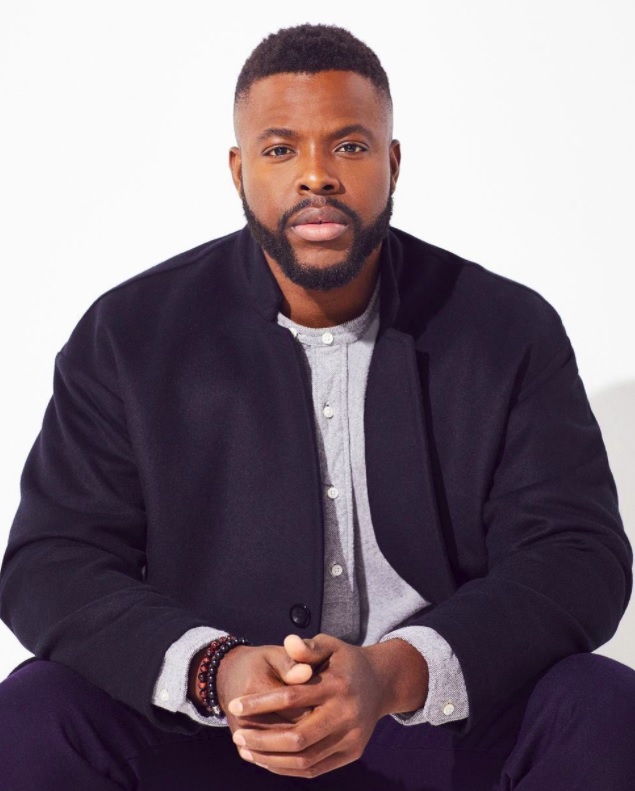 For those who have seen the much-touted Marvel Cinematic Universe’s Black Panther movie, M’Baku, will be familiar to them. For those who have not, get ready to pay close attention to this character. M’Baku, or the rebellious ruler of the Jabari tribe and the movie’s villain, is played by none other than 6′ 5”, Tobago-born actor, Winston Duke.

Duke, 31, is the first cousin of Tobagonian Watson Duke and was born in Argyle, Trinidad & Tobago. His mother owned her own restaurant when he was a kid, while juggling a government job on

the island. At age 9, his mom sold all their belongings and headed to Brooklyn, New York with him and his sister, who pursued her dream of becoming a doctor.

with whom he now stars in Black Panther and participated in Folks, an acting club started by another Black Panther co-star, Angela Bassett.

Duke went on to get roles on several television shows, including ‘Modern Family,’ ‘Law & Order: SVU,’ ‘Person of Interest,’ and

‘The Messengers.’ He even returned to his native Trinidad & Tobago in 2012 for the theatre production of ‘An Echo in the Bone,’ directed by fellow Yale alumna Timmia Hearn Feldman and starred alongside actress Taromi Lourdes Joseph.

But Black Panther marks his first foray onto the big screen. “This is a lot more than I could have ever expected, especially for my first role,” he told Vanity Fair. And Duke didn’t just read the script to get a sense of his character; he was instrumental in shaping M’Baku.

He is the one who came up with the idea of his character’s hilarious habit of grunting when he wanted to silence someone, and he conducted his own research to set his tribe apart from the rest of the Wakandans.  “I worked on Nigerian and Nigerian Igbo influences, trying to develop a different kind of culture of call and response and vocality that was different than the rest of Wakanda, for the Jabari. We worked on just having the presence – something that was different, but still felt cohesive because of its variety,” he told GQ.

People looks on him longer

And now Duke tells Vanity Fair that he can already feel his old life changing as pedestrians look at him just a little bit longer when he’s on the street.  “My life is changing,” he says calmly. “I’m becoming a lot more watched, and I can tell.”

Next up for this Tobago boy – ‘Avengers: Infinity War’ and he plants to take his code of work and apply it to other films.