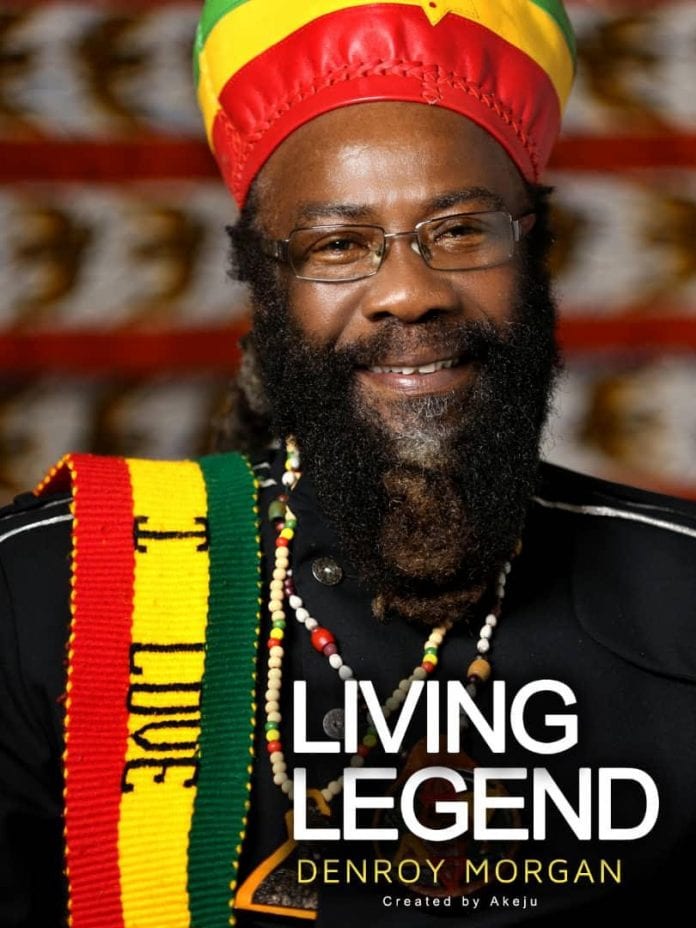 New York, NY January 3, 2019— Aflik TV is one of the largest digital distributors of videos on demand (VOD) bringing us Nollywood movies and other African inspired content. Most recently, Aflik TV produced Living Legend an original series on Amazon Prime, with Ras Denroy Morgan. This series will provide an inside look into one of Jamaica’s legends, musician and producer. The series was created and directed by Akeju.

Morgan is a versatile musician some of his hit songs are, “I’ll do Anything for You”, “Sweet Tender Love”, “Africa is Calling”, to name a few. He is the father of Grammy award winning reggae band, Morgan Heritage also known as the “Royal family of reggae”. During his interview he talked about the R & B dance song “I’ll do Anything for You” and how that came about. He also touched on the inspiration for “Africa is Calling”.

Morgan said, “Something is always going on in humanity to cause sufferation of our people. Africa is always calling…We have something to offer.” He shared some many other interesting messages in his interview.

Akeju, President and CEO of Aflik TV stated, “We want to highlight some of our other work outside of Nollywood movies. We created the Living Legend series; there are some many trailblazers I wanted to create a series to highlight  them. Ras Morgan was selected because of his versatility and he promotes peace, love and family.”

This Living Legend series with Ras Morgan was a collaboration with Kofi Bannerman, President of Restless Media. The Aflik TV team is looking forward to future collaborations.

The company has over 5,000 movies in distribution and over 10,000 in its portfolio. They are one of the largest producers and distributors of Nollywood movies and TV shows. You can view their content on several major video stream platforms such as Amazon, Netflix, itunes, Hulu, and Vudu.