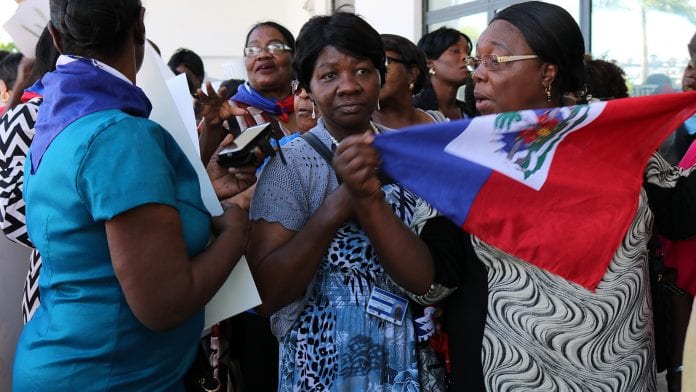 City of Miami commissioners have voted unanimously to designate Little Haiti as an official neighborhood. Hundreds of residents filled city hall to hear the final vote approving the official boundaries of the neighborhood in a resolution, sponsored by Commission Chairman Keon Hardemon. The official borders of Little Haiti are now defined southbound along 54th Street, West to Interstate 95 and North along the Miami City boundary on 80th street, going back down along NE 2nd avenue and 4th avenue.

Miami City Commissioners listened to three and a half hours of testimonies as residents highlighted the historical significance of the neighborhood. The proposal sparked a passionate debate amongst residents who offered their opinions on whether the City of Miami should officially designate Little Haiti or allow it to exist without designation, in appreciation of its roots as Lemon City – an unincorporated settlement founded by Bahamian migrants that pre-dated the incorporation of Miami. Advocates against the designation feared that the Lemon City history would be forgotten if the community was designated as Little Haiti. Miami’s first school and library were founded in Lemon City. Meanwhile, other local advocates such as the Northeast Second Avenue Partnership and Fanm Ayisyen nan Miyami (FANM) for the designation believed it was fitting to acknowledge Haitian-Americans for their contributions to the City of Miami.

But the arguments for Little Haiti eventually won out. The decision however, will not officially affect city zoning regulations, or grant confirmation to redevelop the area. It is uncertain whether this ruling may affecting the surge in investment and developments in the area, which has sparkled concern from local advocates regarding gentrification in the neighborhood. According to The Real Deal, last year, the first co-working space in Little Haiti opened, MADE at the Citadel. A group of developers led by Thomas Conway spent nearly $1 million redeveloping the MiMo-style 26,000-square-foot building, and invested about $5 million in land in the neighborhood. At the time, Conway called it “mindful gentrification.” A New York City-based bakery also announced plans to open in a 4,000-square-foot space at 5550 Northeast Fourth Avenue. The owner of Sullivan Street Bakery is partnering with Steven Perricone of Perricone’s Marketplace & Cafe in Brickell, which owns the building.