Life Of A Ghetto Youth did not disappoint 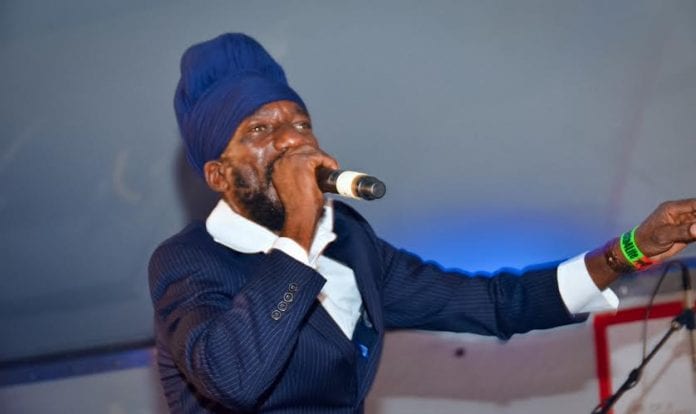 “Youth are the future. They are being blessed; if wi don’t teach dem they are doomed to extinction,” said Sizzla at last Saturday’s Life Of A Ghetto Youth show.

The Life of A Ghetto Youth Tour commenced at Central Broward Stadium. It was the second time that Sizzla Kalonji has been in South Florida since his US visa was reissued last year and fans were anxious to see him perform.

The first stop was in Fort Lauderdale, then St. Petersburg on June 11.

Fans of conscious reggae braved the inclement weather to support the show.  They were treated to the melodious sounds of Marlon Asher, Ras Shiloh, Izac King and Orlando Octive.  The latter is a Trinidadian soca/reggae artist who did a cameo and left the crowd wanting more.

“Di music nice”, said an attendee. Another said, “this yah good music.”  Heads bobbing and bodies swaying as Pressure came out in full force with The Firehouse Band and did his thing.

Fans gathered round the stage and sang with him every step of the way. When he closed with his signature song, Love and Affection, the crowd raised their voices even louder in unison.

Pressure was asked why he joined the tour. He said, “It’s a good opportunity,” adding that it’s important to highlight “youth that come from nothing to something” like himself.

Sizzla performed songs from his major albums: Praise Ye Jah, Black Woman And Child and Da Real Thing.  Songs like Woman I Need You, Thank You Mama, Just One of Those Days and Words of Divine had the crowd shouting and begging for more.  Sizzla performed with non-stop energy and at one point brought his son on stage.  He warmed the hearts of his fans and left them in a state of tranquility.

He was asked why a tour now what’s the significance.

“Cause it ah time, I’m a youth, keep the spirit alive,” he said.

Through his Sizzla Youth Foundation, Sizzla supports impoverished youth in his hometown of August Town in Jamaica, promoting peace to minimize crime in the community.

Last year, police said that crime was down in August Town in large part due to Sizzla’s influence.