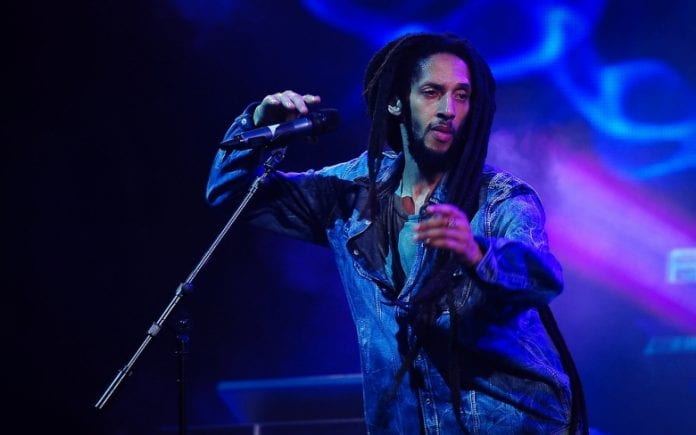 MIAMI – Still hard at work on the promotional trail of his successful top billboard charting “As I Am” album, GRAMMY nominated Julian Marley heads out on the road to deliver his music gift to the East Coast of the United States.

On May 8th, 2019, backed by talented The Uprising band, the recording star will kick off the tour in Virginia and perform some of his classic hits amid music from his noteworthy hit album featuring such hits as “Are You he One“, “Straighter Roads” and “Hey Jack“.

Known for his memorable stage presence reminiscing of his iconic father, the late great Bob Marley, Julian “As I Am” East Coast Tour journey will bring reggae vibes to New York, Massachusetts, Delaware, New York, DC and conclude in Connecticut.

“I love music, it is my life, touring and performing for the fans is something natural for me. Having new music it’s only right for me to deliver it personally to them. I appreciate and love the support from everyone that streams my music, I don’t take it for granted, so this is a way for me to thank them in person, one by one. I pray that when I take the stage, they can feel my energy, they can feel my gratitude.” – Julian Marley