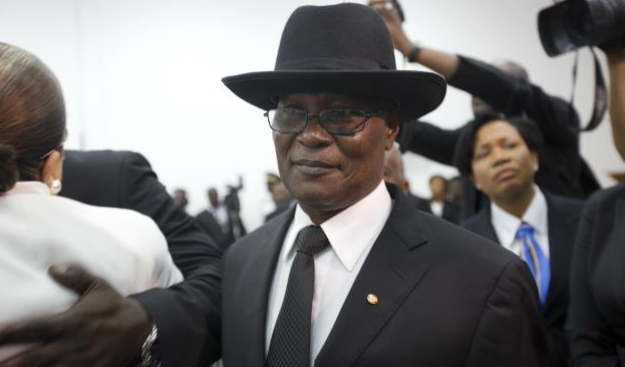 Privert, 62, who is the president of the National Assembly, was chosen on the second round of voting after a lengthy session that stretched overnight from Saturday to yesterday morning.

The politicians chose Privert over two other candidates, Dejan Belizaire and Edgar Leblanc Fils, both former presidents of the senate.

Under an agreement signed hours before Martelly’s departure, the interim president chosen by parliament will serve for up to 120 days.

The agreement proposes a new presidential election on April 24, with a new president installed on May 14.President Michel Martelly left office last Sunday after being barred by the Constitution from seeking a third consecutive term in office.

Opposition parties had called for the establishment of an interim administration to oversee fresh elections in the country and had taken to the streets protesting the outcome of the first round of balloting on August 24 last year as well as preventing the staging of the second round of the Presidential Elections on January 24 this year.