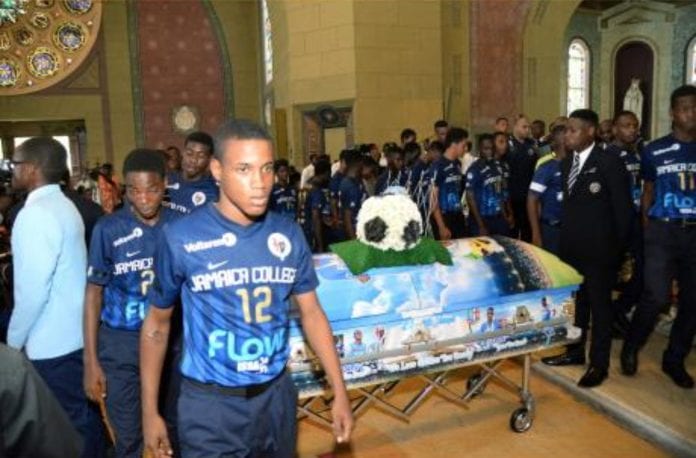 An AED is a portable electronic device that automatically diagnoses the life-threatening cardiac arrhythmias of ventricular fibrillation and ventricular tachycardia in a patient, and is able to treat them through defibrillation. The application of electrical therapy stops the arrhythmia, allowing the heart to reestablish an effective rhythm.

The official presentation and training will take place on Friday, October 14, 2016 at JAMPRO, 18 Trafalgar Road in Kingston.

Training will be conducted by experts from the Diaspora Healthcare Sector. The organization has also partnered with the Jamaica Association of Emergency Medical Technicians (JAMEMTS), based at the University of the West Indies, who will provide on-going training and support to recipient schools.

“We were in the process of sourcing defibrillators to present at a later date but in light of the recent tragedy we’ve decided to accelerate the hand-over to these schools,” said Irwine Clare, CEO and founder of the organization.

Several of these schools were targeted, Claire said, because they lacked strong support programs while others were identified through collaborative efforts like the Universal Negro Improvement Association (UNIA).

St. George’s and Excelsior were selected in honor of James, who collapsed during a match between the two schools and subsequently died at hospital minutes later.

Team Jamaica Bickle began its ‘Defibrillator to Schools Program’ in 2014 after the sudden death of athlete, Cavahn McKenzie, at a cross-country meet in Trinidad & Tobago. That same year, St. Jago was presented with an AED unit in his honor at the Penn Relays.

A medical area was also set up in tribute to McKenzie with health care practitioners led by the Jamaica Nurses Group of New York, providing training in first aid and CPR to athletes.