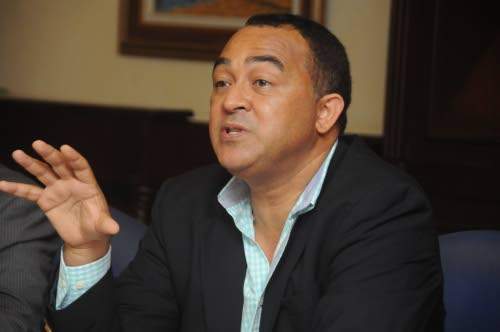 KINGSTON, Jamaica – Over the last few days, one of Jamaica’s leading local media entities, Jamaica Gleaner has been called out by Jamaica’s Health Minister, Dr. Christopher Tufton, for their misleading headlines and potentially damaging agenda.

On February 15, the Jamaica Gleaner published a story with a headline that read “Tufton tells nurses to be more committed to patients than pay”.

In the article, the newspaper outlines Tufton’s actual statement which was directed at nursing students.

“I want to say to you, as students, make sure you love what you do, and if you don’t love it, leave it. The only way you’re going to practise with compassion is if your heart and soul is into it and it’s not for the money,” Tufton told over 200 nursing students at the ninth annual striping ceremony for the University of Technology’s Caribbean School of Nursing.

Following the Gleaner’s article, Tufton took to Twitter to call out the newspaper for their misleading headline. “Misleading headline @JamaicaGleaner. I told the nursing students, not nurses, to love what they do or they won’t enjoy doing it. That they should deliver service with compassionate like Florence Nightingale and Mary Seacole and prepare for unruly patients. I stand by that”, he said.

The newspaper received much backlash from members of the public for the headline. Many locals suggested that the paper was displaying an act of political bias and creating a narrative that was far from what the Minister actually said. Nursing students that were present at the ceremony also came to Tufton’s defence on social media saying that the Gleaner acted irresponsibly in publishing such a headline which surrounds a sensitive topic: the salaries of public sector workers.

The Gleaner continued with their own interpretation, using an editorial cartoon to depict their own headline. Again, the Minister called out the newspaper for continuing to push their own narrative.

“& there the Gleaner goes again… how unfortunate. What is important to me is that each nursing student that was there understood and appreciated the message and took it in the correct context.”

This is not the first in recent times that the Gleaner has come under fire from a public figure. In November 2019, the newspaper published an article with a headline suggesting that the funds raised by Jamaican entertainer Shaggy for the Bustamante Hospital for Children had been misappropriated.

Shaggy, who at the time was preparing for the ABC live production of “The Little Mermaid”, said he was called into a meeting with Disney Execs who asked him to explain the article.

Following the production, Shaggy held a press conference to produce the financial receipts that showed the money had not been touched. He said he was disappointed in the Jamaica Gleaner for attempting to paint a bad image that could have smeared his reputation.

The Jamaica Gleaner never did a retraction or apology for any of the incidents.