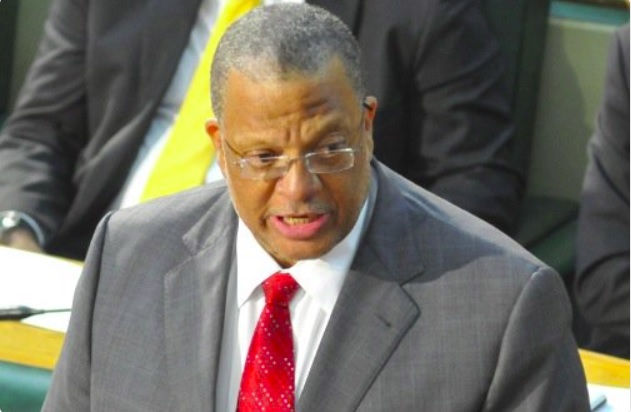 KINGSTON, Jamaica, CMC – Opposition Leader Dr. Peter Phillips has warned of a “dangerous precedent” being set as Jamaica moves to table legislation to forcible re-take the 49 per cent shares by Venezuela’s PDV Caribe in the state-owned oil company, Petrojam.

PDV Caribe, an affiliate of the state-owned Petroleos de Venezuela S.A., and the Petroleum Corporation of Jamaica (PCJ) entered into a joint venture agreement which resulted in the sale of PetroJam shares in August 2006 and February 2007 respectively.

The agreement called for the upgrading and expansion of the refinery to improve its competitiveness and meet local and international market demands, but Foreign Afairs and Foreign Trade Minister Kamina Johnson Smith said these objectives were not met and that this poses a risk to the economy.

Last week, Johnson Smith, defended the government’s position saying “it will not be a general piece of legislation which allows for acquisition of property rights, other than land, beyond the scope of the transfer of ownership of the 49 per cent shares in PetroJam currently held by PDV Caribe.”

But speaking in Parliament on Tuesday, Phillips condemned the move telling legislators “the fact is we have never expropriated the property of any investor in Jamaica before.

“It is a dangerous precedent for us to set and indeed it is premature because the joint venture which exists between Petrojam and PDVSA provides for mediation and arbitration, and even outside of that the Government could have used the good offices of friendly states to seek an amicable solution before indicating this extreme measure of expropriation,” he added.

He told Parliament the action by the Andrew Holness government bring into question the timing of the Petrojam shares buy-back announcement.

“The question is: why choose to announce when the legislation isn’t even ready and when the committee which has been set up to look at the financial viability of Petrojam isn’t due to report until May? One is left to draw the conclusion that the timing had to do with a decision that had been taken to vote in the OAS not to recognize the Maduro regime. That also was ill-advised,” he said.

Phillips said that Jamaica has enjoyed long relations with many countries whose internal affairs it does not support.

Venezuela deserves to be treated with respect

“We recognize North Korea, we recognize Cuba, we recognize China…We don’t have to be coy about the fact that there are many things that are wrong in Venezuela, but Venezuela deserves to be treated with respect as a sovereign country.

“If we don’t behave honorably towards our friends we soon will have no friends. Between 2010 and 2013 when no other state would provide any financial support for Jamaica, the Maduro government was the only state that enabled us to survive when oil was selling for US$140 per barrel,” he added.

But Attorney General Marlene Malahoo Forte said the content of the resolution was consistent with a resolution adopted by the OAS General Assembly in June 2018.

“On that occasion the Government of Jamaica in supporting the resolution acknowledged that the fundamental values and principles including maintenance of the rule of law, respect for human rights and democracy as well as non-intervention in the internal affairs of states remained pertinent considerations…for us our interest has always [been] and continues to be that of the well-being of the people of Venezuela,” she said.

“We expect to table the bill at the next sitting of the House,” she told legislators.