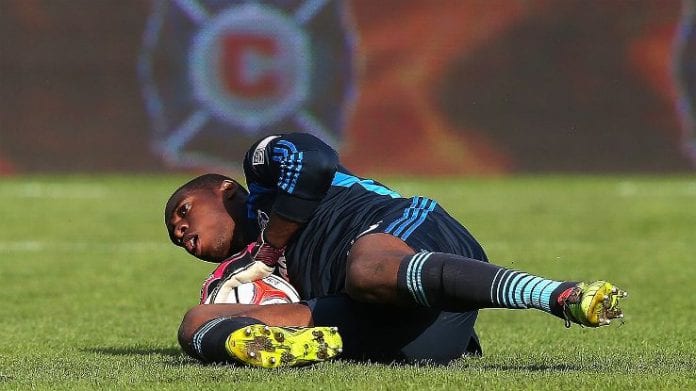 The 28-year old Johnson  will represent the Stars and Stripes on home soil in the tournament which runs from July 7 – 26.

It’s Johnson’s first call-up since he was named in the Gold Cup squad in 2013 when the United States won the competition for the fifth time.

“It’s special every single time. Every single time you get an opportunity to wear your country’s badge and represent what it means to be from the United States is great. You can’t explain the feeling and there’s never a time when you get called up that it doesn’t feel special,” Johnson told NYCFC.com.

“I’m excited to be back with the group, having been part of the 2013 Gold Cup team that won, and I’m looking forward to getting out and doing it again.”

NYCFC Head Coach Patrick Vieira expressed his pride after learning of Sean’s call-up, putting it down to the goalkeeper’s hard work over the past six months.

Vieira said: “As a coach, as a football club, we are really proud and happy for Sean.

“Since Sean arrived in our football club, he’s been working really hard and playing really well.”