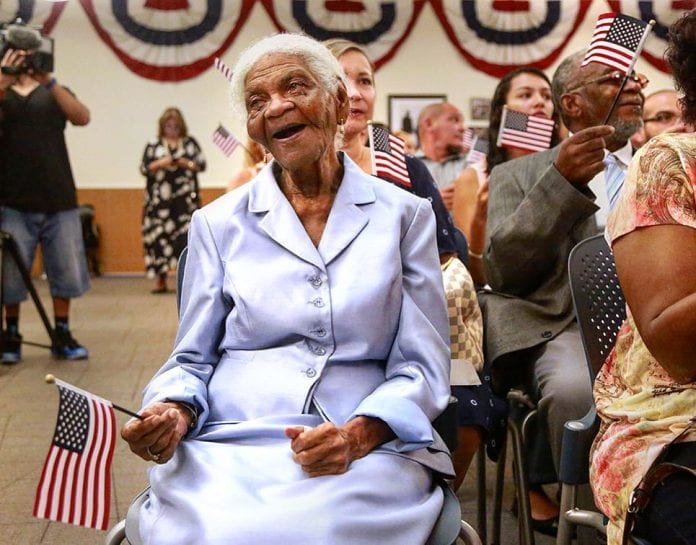 Jamaican, 104, sworn in as South Florida’s oldest US citizen

At a naturalization ceremony at the U.S. Citizenship and Immigration Services on West Oakland Park Boulevard, Broward County, on Friday, August 26, Jamaican-American May Garcia, 104, became the oldest immigrant in South Florida to be sworn in as a US Citizen.

Unlike other much younger applicants seeking their US citizenship May Garcia, had no problems preparing for and remembering the answers in order to pass feared the US Citizenship test.

“She breezed through the questions without a problem,” her proud son-in-law Denis Rochester who calls Garcia Mom, told National Weekly. “Moreover, the immigration officers were very gracious and very patient with her during her interview.”

Garcia’s daughter Fay Rochester said her mother was motivated to become a US Citizens primarily because she wants to vote in next November’s general elections. “When she gets home from the Sadkin Community Center where she attends from Mondays to Thursdays, she watches the news closely and keep up with local and national politics. My mom also reads the newspapers regularly, and is fully aware of what is going politically locally and nationally. She is very keen on voting, and had she been received her citizenship earlier and was registered to vote she would have voted in today’s (August 30) Primary Elections.”

“After being sworn in last Friday Garcia immediately set about processing her voter registration, and registered Democrat,” Denis provided.

Garcia who migrated to the US from Jamaica in 1981, is the mother of four childre4n and has twelve grandchildren, eighteen great grandchildren and eight great-great grandchildren. She  resides in the Rochester’s Lauderhill home, but was already resting when National Weekly spoke with Fay and Denis on Tuesday evening.

Denis, said both Faye and himself were “extremely impressed” with the courtesies showed to Garcia by immigration officers. “The officers said they were particular honored to have processed, approved and sworn in Mom as a US citizen. They actually said it was a distinct honor to be of service to someone so advanced in age, who was determined to be a citizen of the US.”  Faye said “My mom was very impressed by the way she was treated by the immigration officers. This has made her even more proud be a US citizen.”.

Despite her age, Garcia is in “reasonable good health,” according to her relatives. He said the only evidence of her age is that occasional she walks with a walker to support her balance, but otherwise she goes to her church, a Catholic church in Lauderhill, every Sunday, and when she goes to the community center she exercises routinely, even participating in Zumba classes. “At home she does everything for herself; she cooks, washes her clothes by hand, picks out the clothes she wants to wear to the center or church. She’s far from being an inactive woman. That  activity keeps her healthy and strong,” Dennis said.

The couple said they and Garcia are actually surprised at “all the publicity” that her mother naturalization has received. The fact Garcia received her citizenship was enough gratification for all three. “However, the immigration officers saw this as such a unique occurrence that they generated the publicity.” Faye said.

Denis concluded “Mom is counting the days towards the general elections in November. I can assure you she’ll be following the political news and various happenings right until then. She can’t wait.” 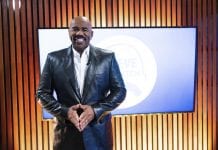 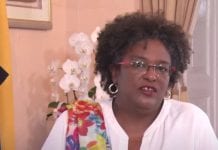