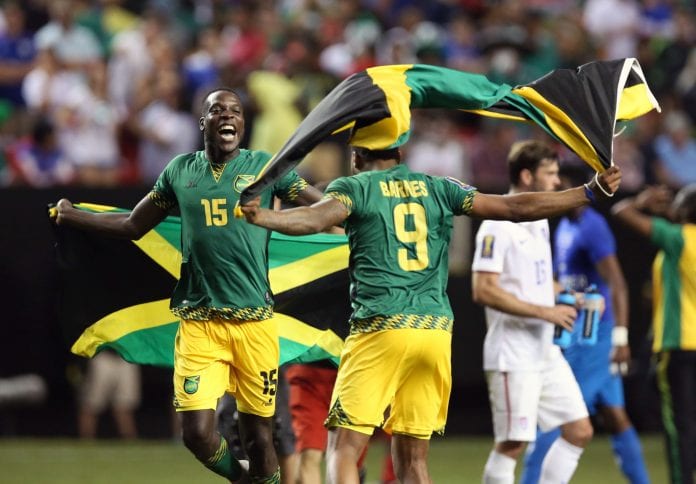 Team Jamaica took home a victory last night during their Caribbean cup qualifying match against Guyana with a score of 4-2. The Scotiabank CFU Men’s Caribbean Cup 2016 Round Three game was held inside the National Track and Field Facility Leonora Tuesday night as both teams anticipated the outcome of the match, with Jamaica favored to win. The Reggae Boyz, now coached by Theodore Whitmore, were hit by two goals from Adrian Butters in the first half of the match causing Whitmore to switch Michael Binns and Oniel Fisher during the second half with Dino Williams and Owayne Gordon. The schedule for the next matches are simple, the winners of each of the four groups from Round Three qualify for the 2017 CONCACAF Gold Cup as well as the Scotiabank CFU Men’s Caribbean Cup Final slated for next June 22-25, the three best second-placed teams will qualify for the fifth-placed CFU play-offs, and the winner of the CFU play-off will contest the fifth CONCACAF Gold Cup spot.