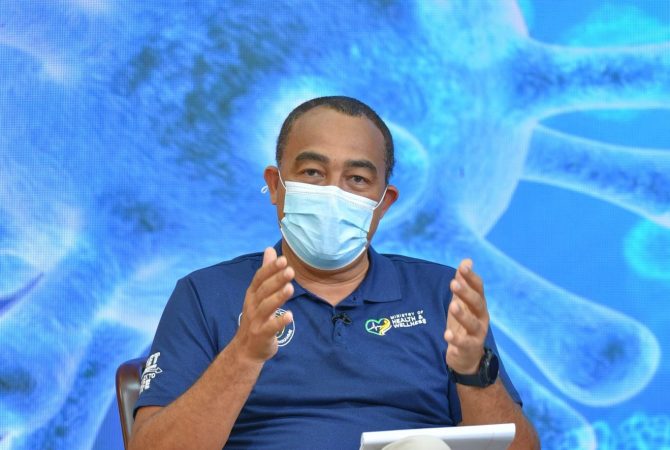 Jamaican health authorities have suspended the administration of the Pfizer COVID-19 vaccine until a second shipment arrives from the United States within the next two to three weeks, Minister of Health and Wellness, Dr. Christopher Tufton had disclosed.

Dr. Tufton, who made the disclosure during a press conference on Tuesday, said that administration of the more than 200,000 doses of the Pfizer vaccine shipped to Jamaica last month is near completion.

“The expectation is that by tomorrow… we would have used up the just over 28,000 remaining doses,” he indicated, noting that as of noon on Tuesday, some 179,915 doses of the Pfizer vaccine were administered.

Dr. Tufton said that his Ministry is in communication with the US Government to confirm an exact date for the next tranche of a vaccine shipment.

He noted that over the next three weeks, some 82,545 persons will be due their second dose of the vaccine.

“Once the new shipment arrives, persons now due, or who will be due their second dose, will be given their jab,” he said.

The World Health Organization (WHO) recommends that the administration of the Pfizer second dose should be within three to six weeks after the first dose, or up to 12 weeks in some instances.

Minister Tufton advised that until the new shipment arrives, Jamaicans should use the opportunity to receive the Johnson and Johnson single-dose vaccine, or the AstraZeneca vaccine.