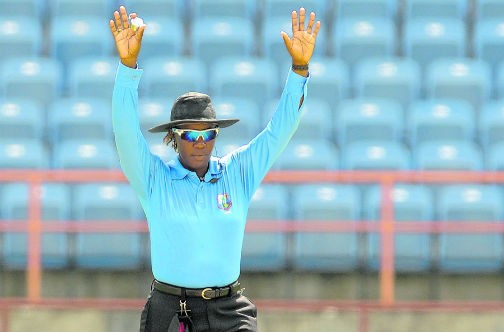 Jamaican umpire Jacqueline Williams has been named as an official for the International Cricket Council(ICC) Women’s World Twenty20 qualifiers, which will bowl off in Thailand.

The West Indies Cricket Board (WICB) said yesterday’s decision had been made to fast-track the 39-year-old in order to get her named to the umpires panel for the 2017 Women’s World Cup.

They will be joined by fellow umpires Allan Haggo and Nigel Morrison, with Graeme Labrooy as match referee. Eight nations will battle for the final two spots at the women’s ICC World Twenty20 in India in March 2016.