It was a legendary and thrilling showdown this past Sunday at the annual Legends of Cricket exhibition match, held at the Central Broward Regional Park and hosted by the Lawrence Rowe Foundation.

The legendary Lara was not about to leave Lauderhill without a token in remembrance of this memorable occasion. He was presented with the keys to the City of Lauderhill by Broward County Commissioner Dale Holness.

This marked another successful installment of the much-anticipated event from the Lawrence Rowe Foundation, held annually to support the foundation’s many philanthropic efforts. Part of the proceeds from this year’s event will be donated to help former West Indian cricketers who have fallen on hard times, as well as help provide training and support for the next generation of cricket players in South Florida. 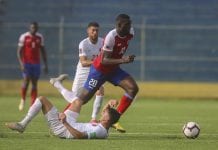 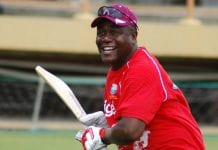