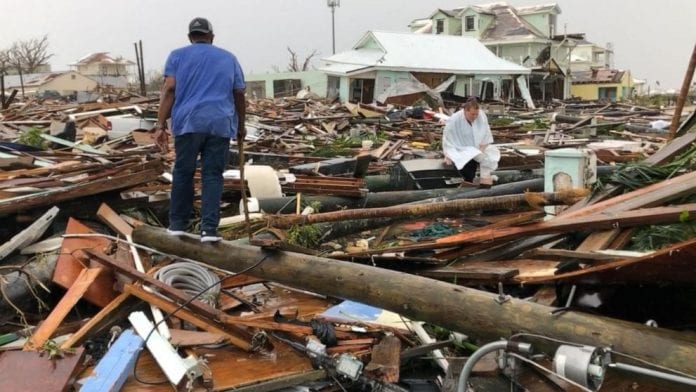 NASSAU, Bahamas, CMC – The death toll in The Bahamas from Hurricane Dorian now stands at 51.

According to Commissioner of Police Anthony Ferguson “as of Monday 16th September, 2019, officers have located and recovered 43 deceased persons from the island of Abaco and eight from Grand Bahama bringing the total amount to 51 confirmed deaths.”

He said that shortly after 10 am on Monday, the decomposed body of a Caucasian male was recovered in Marsh Harbour.

“We recognize that many persons are presumed missing and we anticipate the discovery of more deceased persons, as the process of search and recovery progresses,” the Commissioner noted.

“As there are many more persons presumed missing since they have not been seen or heard from since the passage of hurricane Dorian, we are appealing to family members to file missing person’s reports with the police.”

The commissioner sought to assure Bahamians that every effort is being made by the Royal Bahamas Police Force “along with our local and international law enforcement partners to bring relief and closure for everyone.”

Speaking to reporters late Monday, the Prime Minister said consideration is also being given to erecting tent cities to get people back to Grand Bahama and Abaco.

“Buildings on The Mudd and Pigeon Peas were inferiorly built and they were not set up for disaster, flooding and hurricanes and they were not built according to safety codes,” Minnis said. “Individual’s lives and health were in danger in those facilities.”

The Prime Minister was speaking following a meeting with Alden McLaughlin, the premier of the Cayman Islands.

“We want to ensure people are properly housed and not exposed to all the elements,” he said. “We’re discussing the matter at Cabinet now and we think it might be appropriate to declare those areas some sort of memorial site in respect for those who would’ve died in those particular areas.”

“The urgent need to get storm evacuees back to their islands will spur the temporary creation of tent cities and man camps in Abaco and Grand Bahama,” Minnis added.

The Prime Minister said that cabinet and technocrats are finalising details of the plan but moving evacuees back to communities that feature essential services, such as schools, is the main priority of his administration.

“Manpower will be necessary. We must rebuild and they must be a part of that. They were employed there also,” he said.

The camps would house contractors and their staff working to rebuild and clean up the islands.

Stressing discussions are preliminary, he said the destruction of The Mudd and Pigeon Peas shows the low-lying areas are unsafe for human habitation in the face of powerful storms.

“There is a need to build further inland and on higher ground,” he said. “I must emphasize that I am not making any statement on the ultimate land use of those affected areas, whether for residential or other purposes. That is the job of the minister of environment. Today the central government must decide how and where to house affected populations in the immediate aftermath of a catastrophe. It is entirely impractical to even look at disaster zones at this time so we must look elsewhere in the short to medium-term.”

With debris still widely scattered in the decimated shanty towns, an account of how many bodies lay beneath the rubble remains elusive. According to Haitian advocacy group, the United Haitian Community Front, more than 300 people from the communities are listed as missing following the storm.

Meanwhile, donations continue to pour into the country.

On Monday, the Cayman Islands donated medical supplies and India’s High Commissioner, M. Sevala Naik, presented a donation of US$1 million. According to the Prime Minister, his Cabinet is still discussing how the funds will be used to help people, saying attention must be given to building needs and the psychological welfare of affected residents.

“We’ve added an accountant to NEMA (National Emergency Management Agency) and additional financing staff so as to monitor what is received,” he said. “We have a private accounting team that will do the necessary auditing to ensure transparency and accountability and they will report directly to the nation on a monthly basis as to the monies that were received and spent so we will have overt accountability because the one thing I don’t want, I don’t want no one calling me no thief,” the Prime Minister said.