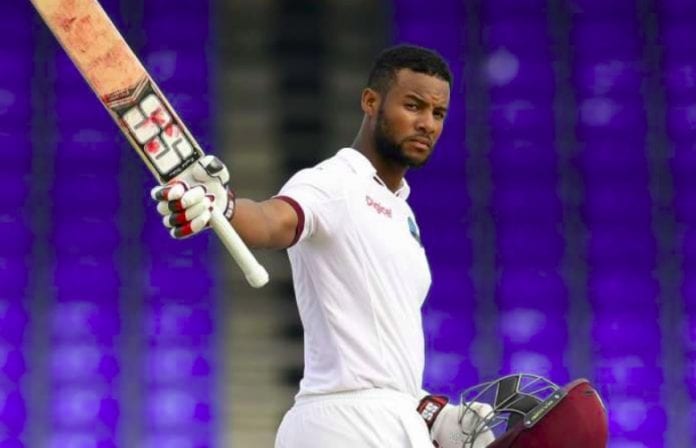 LONDON, CMC – West Indian batsman Shai Hope’s back-to-back unbeaten hundreds in the recent one-day series against Bangladesh, has catapulted him into the top 10 of the ICC batting rankings.

In the latest one-day rankings released on Sunday, the 25-year-old Hope jumped 17 spots and now lies at a career-best eighth place.

Indian stroke-maker Virat Kohli continues in number one in an unchanged top five.

Hope finished the three-match series against Bangladesh with 297 runs to be adjudged Man-of-the-Series, even though West Indies went down 2-1 in the rubber.

He carved out a superb unbeaten 146 in the series-levelling four-wicket win in Dhaka before hitting 108 not out in the decisive third game which the Caribbean side lost by eight wickets in Sylhet.

Hope now has four career ODI hundreds with three of them coming inside his last seven innings. He averages an outstanding 47 – one of the highest in world cricket among current players.

Shimron Hetmyer is the next best-ranked West Indies player at 40th.

The only other bright spots for the Windies were the fast bowling pair of Oshane Thomas and Keemo Paul. While Thomas jumped 28 places to 146th in the bowling rankings, Paul moved up 53 spots to be 179th.

Both ended with four wickets in the series.

Off-spinner Ashley Nurse, missing the tour of Bangladesh through injury, is the highest-ranked West Indies bowler at 38th, with India fast bowling star Jasprit Bumrah top of the charts.