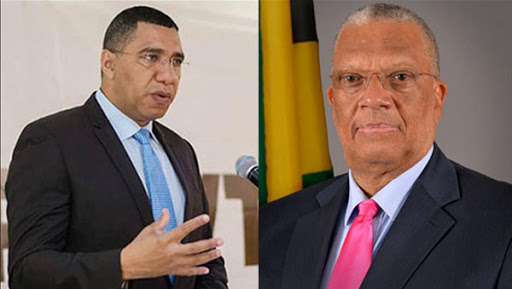 KINGSTON, Jamaica – Amid mounting speculation that Prime Minister Andrew Holness is likely to announce the date for fresh general elections on Sunday, the main opposition People’s National Party (PNP) has announced plans to meet with all of its candidates for the 63 constituencies later on Saturday.

“Given that an announcement seems imminent, we want to just put our candidates in a frame of mind to be fully prepared. So we will be doing that,” said PNP General Secretary Julian Robinson.

“We’ll also be doing a covenant and a declaration on good governance, and given the indicators, this may be our final meeting before the announcement of an election,” Robinson said, noting that campaign managers will also be attending the rally.

The covenant was drawn from a series of proposals pulled together by various party commissions and adopted by the organisation’s executive body.

Media reports say that Holness, who came to power in February 2016, after he led the Jamaica Labour Party (JLP) to a 33-30 victory, is most likely to announce the date for the new poll, when the JLP central executive meet in Montego bay on Sunday.

The PNP rally will be held at The University of the West Indies (The UWI) and the party said that it has, since last year, been having a series of individual candidate presentations across the constituencies, but will present the full slate on Saturday.

Meanwhile, the Electoral Office of Jamaica (EOJ) says it has now completed all activities required for Nomination Day, even as it pushes ahead with the final touches on its preparation for the general election.

EOJ Director of Elections Glasspole Brown said his office is ready for whenever the date is announced.

Brown said his office has been receiving the necessary funds for holding the election from the Ministry of Finance.

An estimated J$2.5 billion (one Jamaica dollar=US$0.008 cents) has been allocated in the 2020/2021 budget for holding elections. Of that figure, J$1.5 billion is earmarked for the general election.