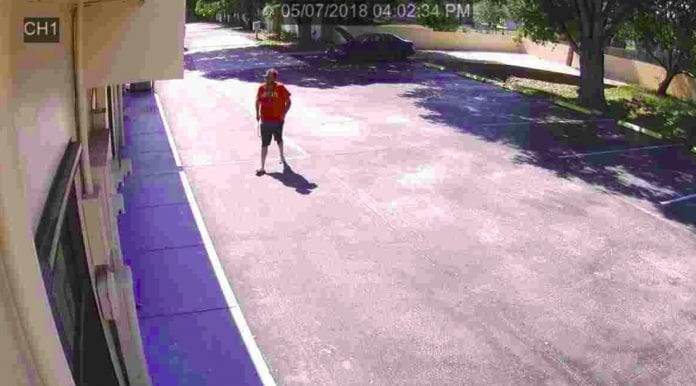 UPDATE: Police arrested a suspect on Wednesday, May 16th. The suspect is identified as 29-year-old Christopher Joseph Trout of Port St. Lucie.

Police are looking for a man who vandalized a Haitian church in Port St. Lucie, Fl, even as worshippers are demanding action.

New Jerusalem Church of God member Marie Leger looked over security camera footage of a man walking outside her church and smashing the cameras. The video shows a man in sunglasses, an orange shirt and blue shorts, walking directly toward one camera and smacking it.

He had earlier reversed his car into a parking space but kept his license plate out of view.

Some members believe the man targeted the church because it is the only black church in the area.

The church has only been on Port St. Lucie Boulevard for seven months.