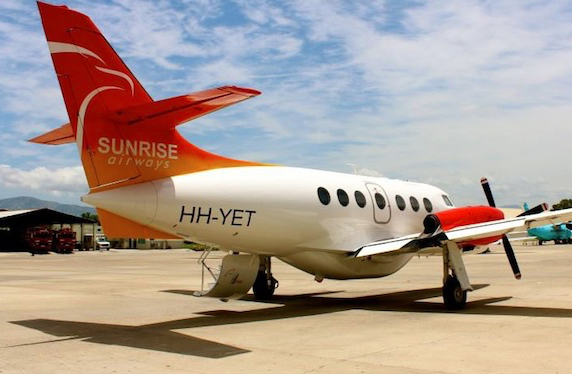 Sunrise Airways recently expanded its service to Cuba on February 29, with the launch of its first-ever flights to Camaguey. The new route is the first to feature the carrier’s new 46-seat ATR 42-320 aircraft, which was added to the Sunrise fleet on February 26, 2016.

“These new flights to Camaguey build upon the success of our regularly scheduled service to Santiago de Cuba, which has performed very well since its initial launch in October 2014,” said Philippe Bayard, President of Sunrise Airways. “Over the long term, we intend to spread our wings to more of Cuba than any other international airline. Adding larger aircraft types to our fleet, like our new ATR 42, puts us in a strong position to move forward in that direction now.”

New flights connecting Port-au-Prince with Kingston, Jamaica (KIN); Providenciales, Turks & Caicos (PLS); Camaguey, Cuba (CMW); and Nassau, The Bahamas (NAS) are planned for 2016. In line with the expansion of its route network, Sunrise Airways will also augment its fleet in 2016, adding new 46-seat ATR 42-320 aircrafts to serve alongside its pre-existing cadre of 19-seat Jetstream 32 EP turboprops.