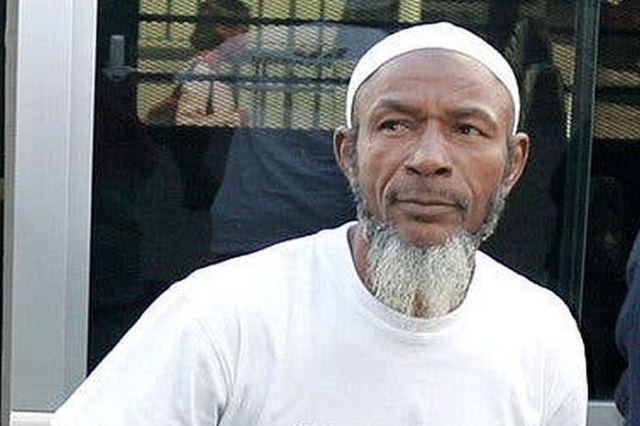 The United States Immigration and Customs Enforcement (ICE) agency has confirmed that a Guyanese national, who was extradited from Trinidad and Tobago several years ago on terrorism charges, has now been deported to his homeland following his conviction and sentencing in the Eastern District of New York (EDNY).

ICE said Friday that, on January 13, 2011, Compton Eversley, also known as Abdel Nur, 70, was convicted and sentenced in a Brooklyn, New York federal court to 168 months in prison for providing material support to a conspiracy that planned to attack the John F. Kennedy (JFK) International Airport in Queens, New York, by exploding fuel tanks and the fuel pipeline under the airport.

“Eversley believed the attack would cause extensive damage to the airport and to the New York economy, as well as the loss of numerous lives,” ICE said, adding that the Guyanese had been admitted to the US in Niagara Falls, New York, as a non-immigrant visitor in March 1988.

He was authorized to remain for up to six months but failed to depart in accordance with the terms of his admission, ICE said.

On October 24, 1988, the 17th Circuit Court of Broward County, Florida, convicted Eversley of possession of cocaine and cannabis. He was sentenced to 60 days confinement.

In December of that year, the Broward County Sheriff’s Office (BCS) transferred Eversley to the custody of the then Immigration and Naturalization Service (INS), based on his overstaying his lawful entry, ICE said.

On January 30, 1989, an immigration judge in Miami issued him a final order of removal (deportation order); and, in March 1989, Eversley was deported to Guyana.

“The investigation revealed Eversley and his co-conspirators conspired to bomb fuel tanks, airport hangers, airplanes, fuel lines and a flight control tower at JFK,” ICE said, adding that the FBI determined Eversley played “a substantial role” in the plot to attack the facility.

“He engaged in numerous meetings with other members of the conspiracy and agreed to serve as a liaison with obtaining the support of several known terrorist organizations with executing the scheme,” ICE said.

On June 1, 2007, it said the EDNY issued an arrest warrant for Eversley; and, three days later, the Trinidad and Tobago Police Service arrested him in the city of Port-of-Spain, and held him in custody pending extradition to the United States.

Following the completion of the extradition, on June 24, 2008, ICE said the FBI extradited Eversley from Trinidad and Tobago to the United States.

On April 24, 2020, following completion of his sentence, the US Bureau of Prisons transferred Eversley to ICE’s Enforcement Removal Office (ERO) custody in Philadelphia, Pennsylvania, where he was served a Notice and Order of Expedited Removal.

“ICE officers released Eversley to Guyanese officials in Georgetown, Guyana, December 10, without incident,” ICE said, adding that it is “focused on removing public safety threats, such as convicted criminal aliens (immigrants) and gang members, as well as individuals who have violated our nation’s immigration laws”.