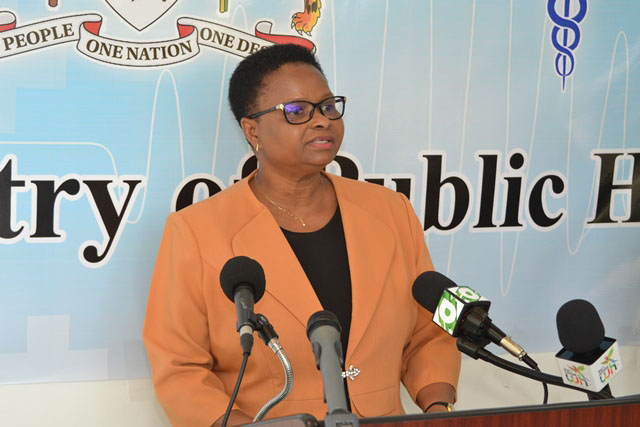 The chairperson of the main opposition, People’s National Congress Reform (PNCR), Volda Lawrence is due to appear in a magistrate’s court on Wednesday for the third time since the coalition government of former president David Granger was declared the loser in the disputed March 2 regional and general election.

Lawrence along with election agent for the PNCR, Carol Smith, were questioned by police on Tuesday and informed that they should be prepared to report to court on Wednesday when fresh charges are expected to be laid against them.

Last week, Lawrence, a former government minister, appeared in court on charges of conspiracy to defraud in relation to the disputed poll. She was released on GUY$100,000 bail. She will return to court on those charges on December 9.

On August 24, Lawrence was placed on GUY$100,000 bail in relation to a private criminal charge filed against her by PPP/C member and current Minister of Culture, Youth and Sport Charles Ramson Jr.

Lawrence has maintained her innocence on all the charges and the opposition coalition, a Partnership for National Unity and the Alliance for Change (APNU=AFC) has accused the People’s Progressive Party/Civic (PPP/C) government of using the police force to unleash psychological warfare against the former government ministers and supporters.

Meanwhile, Attorney General, Anil Nandlall, said Tuesday he remained confident that the election petitions filed by the opposition coalition will be dismissed.

Nandlall told reporters on the sidelines of an event at State House that the petitions, for which the case management will be heard on October 22, lacks merit.

But the coalition remains confident with Opposition Leader Joseph Harmon telling reporters earlier this week “we take this opportunity to restate our confidence in the Elections Petitions which are before the Court and will vindicate our consistent claim that the PPP regime was placed in Government on the basis of fraud.”

The coalition wants for fresh general elections to be held within 90 days should the petitions be successful.