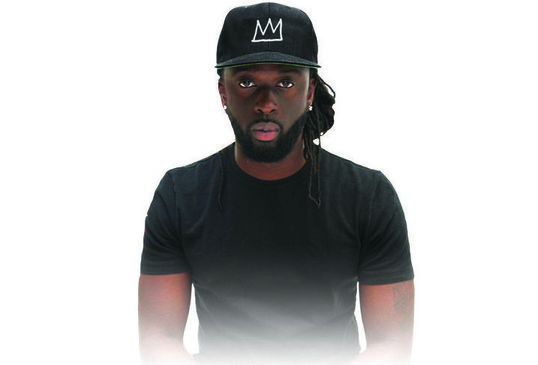 Hometown: Miami, FL
Profession/Specialization: filmmaker, graphic designer
From hanging out with world class athletes one day, to behind the scenes investigations next, there’s no telling what new adventures the day will bring for filmmaker and graphic artist, Andre Goodluck. As owner of media production outfit Spot on Media Miami, Goodluck has become the go-to guy for video production in Miami.
A life behind the lens was a natural fit for Goodluck, who as pre-teen joined his father in filming weddings for their family and friends. His early talent led him to a scholarship at the Art Institute, and a managerial position at a local graphic design firm. But Goodluck soon got the itch to return to his first love, eventually striking out on his own.
Though born in Miami, Goodluck spent his early years in Georgetown, Guyana, and attributes his drive to his family’s determination. “In America people are drunk with the idea of opportunity,” says Goodluck. “But in the Caribbean it’s sink or swim. You have to figure out a way to stay afloat. Seeing the situations my parents went through, I knew if they could do it limited resources, there’s no reason I can’t do in a country with some many opportunities.”
And Goodluck has been hard at work, collecting a reputation among Miami’s production industry. So far, his most memorable project was a VICE TV investigation into the controversial staging of a boat show in Key Biscayne, which was causing severe traffic and endangering local marine life. “It was real covert ops filming,” recalls Goodluck. “The law firm manages to use the film and build their case against the city of Miami.”
Personal success aside, Goodluck has his eyes set on future, hoping to create a stronger creative community in Miami by creating a collective of industry talents, challenging other in competitions.
“In Miami people don’t really work together,” says Goodluck. “I want to create a network of people interested in always trying to do better.”