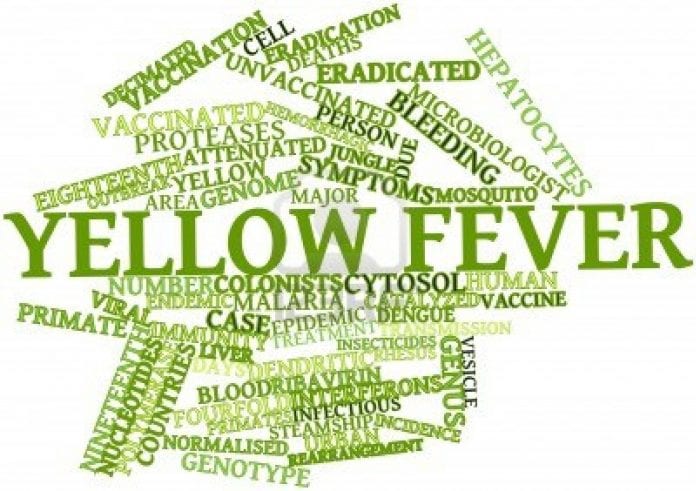 Guyana says travelers arriving from countries where yellow fever is endemic are required to have proof of vaccination in order to be allowed entry in the country.

Health authorities said that as a result of the outbreak of yellow fever outbreak in Angola, several countries have imposed the requirements for vaccination against the disease for travel 10 days prior to arrival.

“Guyana, as a part of the Latin American region with risk of yellow fever is listed as one of the countries whose residents would be required to be immunized and issued with a yellow fever certificate prior to travel.”

The Government said that with the presence of the vector that transmits yellow fever and an uncertain “salvatic” environment in the hinterlands, “it is advisable that persons traveling from countries listed as endemic for yellow fever, mainly in Africa and Asia, should also be in possession of a valid International Certificate of Vaccination or prophylaxis on arrival in Guyana”.

But it said that the countries listed as endemic are mainly from the African continent and does not include countries in North America, Europe, Central America and the Caribbean.