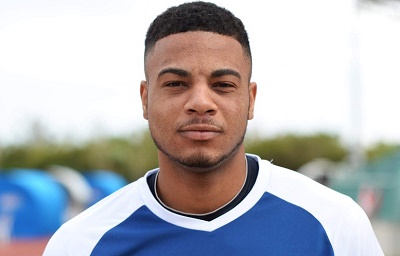 Bermuda captain Danté Leverock says he and his team-mates are raring to go as they embark on their maiden CONCACAF Gold Cup campaign this summer.

Bermuda face Haiti at the Estadio Nacional in San Jose, Costa Rica, on June 16 before taking on Costa Rica at the Toyota Stadium in Frisco, Texas, on June 20. Their final group match will be against Nicaragua at the Red Bull Arena in Harrison, New Jersey, on June 24.

“The boys are very excited to prove ourselves and show why we deserve to be among the Concacaf elite,” Leverock, who plays for top-flight Irish side Sligo Rovers, said on Thursday.

“It’s a great opportunity for us to test ourselves on a high international level.

“Every game will be a hard game and it comes down to the little details and execution on the day.”

Bermuda qualified for the Gold Cup for the first time by finishing fifth in the CONCACAF Nations League qualifiers, with three successive victories after losing their opener to Aruba.

“I hope this acts an inspiration to the young Bermudian boys and girls for the future,” Leverock added. “I feel privileged to even be involved in this part of history and I’m enjoying the ride.”

Bermuda sealed their place in the Gold Cup with a 3-1 away win against Dominican Republic last month.

Among their scorers was US-based winger Zeiko Lewis, who has been named winner of the United Soccer League (USL) Championship goal of the week competition.

Lewis won 56 per cent of the votes in the USL fans’ choice goal of the week. A total of 1,405 people voted.