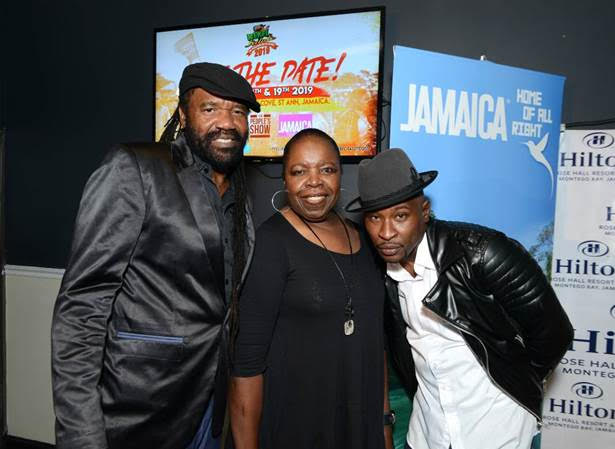 Three-time Grammy winner Marvin Moore, best known for ‘Maria Maria,’ his worldwide smash hit with Carlos Santana, is among the acts confirmed for Rebel Salute 2019 in Ocho Rios on January 18 and 19. The announcement was made recently during the New York launch of Rebel Salute at Milk River Restaurant & Lounge in Brooklyn.

The festival, slated for Grizzly’s Plantation Cove in St. Ann, Jamaica, is sponsored by the Jamaica Tourist Board and promises to be another stellar showcase of world-class family entertainment promoting the best of Jamaican culture.

Marcia Aitken, known for her hit I’m Still in Love with You Boy and Dawn Penn of No, No, No and You Don’t Love Me fame are the among the acts scheduled to perform at the two-day festival in January.