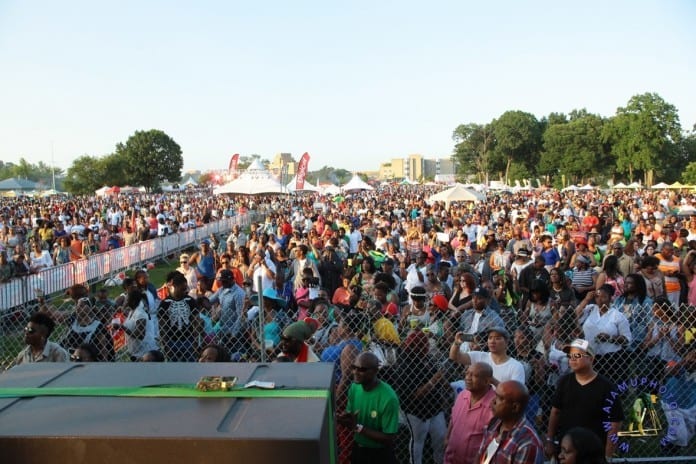 As organizers gear up for this Sunday’s Grace Jamaican Jerk Festival at Markham Park in Sunrise, plans are also currently in the works to take the popular culinary event nationwide. Starting out as a combined music and food fair in 2001, the festival has ballooned into one of South Florida’s most iconic events – making it ripe for expansion.

“What we have established is a brand, an authentic brand,” says Festival CEO Eddy Edwards. “The company is now embarking on plans to take the festival to other cities.”

The new expansion plan, says Edwards, was inspired by the success of the New York branch of the Grace Jamaican Jerk Festival, “where it has become an established summer event on that city’s cultural calendar.”

“Although we are still developing our expansion plan, Grace Jamaica Products has been very supportive, and has expressed its commitment to join us in the cities where we take the festival,” notes Edwards.

As for which cities may get its own Jerk Festival, Festival Chairman Abdul Mushin says “the potential markets in our expansion plan include cities with high density Jamaican communities, including Houston, Los Angeles, Washington D.C. and Connecticut.”

June Minto, a company director, is excited about the company’s expansion plans, witnessing “first-hand the immediate positive impact the festival had on entering the New York market.”

“I have every confidence this impact will resonate wherever we take the Festival,” says Minto. “Although it’s a quintessential Jamaican cultural festival, it has strong cross-over appeal to non-Jamaicans as well.”

But Minto assures that the word-renowned Jerk “with all its spice and flavors” remains the heart of the festival. Through the years, the event has taken care to showcase “topnotch culinary artistry – whether in the fiercely fought cooking competitions, the informative cooking demonstrations, or the infinite variety of foods for patrons to enjoy.”