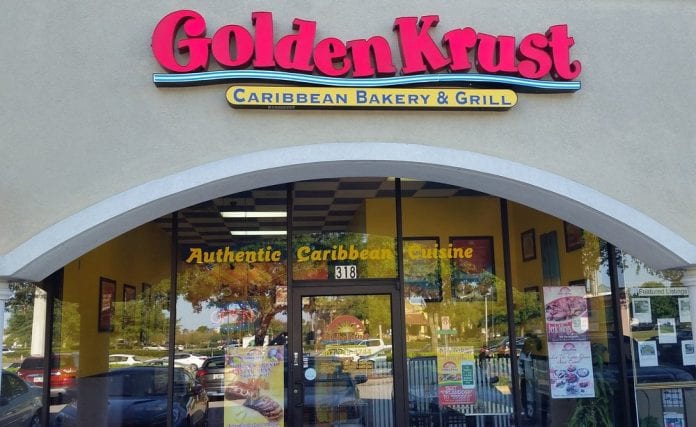 Episode to be broadcast Sunday, May 22 at 10 PM EST

Lowell Hawthorne, President and CEO of Golden Krust Caribbean Bakery & Grill, will be featured on the Emmy Award-winning series UNDERCOVER BOSS, Sunday, May 22 (10:00-11:00 PM EST/PST) on the CBS Television Network. Known for its signature golden crust patties and other Caribbean culinary delights, Golden Krust Caribbean Bakery & Grill is one of the fastest growing franchises in the U.S. with over 120 franchise restaurants in nine states.  Golden Krust also operates a Retail Divison that provides Jamaican patties to the New York City public schools, the penal system, military channels and over 20,000 supermarkets, club stores and dollar stores nationwide.

As with other episodes of the reality show, Hawthorne is disguised in order to get a first-hand look at the business models’ strengths and flaws as well as learn of the personal and professional struggles of employees and franchisees. Hawthorne noted that the eye-opening experience provided meaningful insights into the brand and invaluable appreciation that goes into the day-to-day operation of a Golden Krust Restaurant.

“Our mission is for Golden Krust to become the “King of Patty” and therefore be the preferred patty, the preferred employer and preferred choice of food for customers nationwide. Everything we do revolves around that mission,” Lowell Hawthorne noted. “Being on ‘Undercover Boss’ provided a golden opportunity to get an inside look from the perspective of the employee, the franchisee and the customer.  I walked away with an extraordinary sense of pride for our amazing employees. When it boils down to it, it’s about our product and the committed people behind it.”

Lowell’s son, Omar Hawthorne, spoke with us here at Caribbean National Weekly and said that CBS has kept a tight lid on the episode, so he’ll be tuning in along with America to see his dad’s experience and is “excited to watch the outcome and what made final cut.” Omar celebrates that Golden Krust is “one of the few minority and Caribbean own companies” that CBS has chosen to feature on the show. “We’re proud to have another way of putting Jamaica on the map, we are not only people of food and music but business minds as well.” When we asked him about the preparedness for the even longer lines to come, he laughed and said “It’s a serious concern, but a good concern that we are ready to tackle.” Omar Hawthrone operates out of the headquarters in Bronx, NY as the Franchise Development Manager.

During the episode, Golden Krust will be hosting a live chat on Twitter via @GoldenKrustBkry and will respond in real-time to any conversations using #UndercoverBoss.  Golden Krust encourages their fans to host viewing parties by offering a downloadable “party pack,” available on their Facebook page beginning May 16. The Golden Krust Patty Party Pack will include downloadable e-vite, Spotify playlist as well as Golden Krust trivia to play with partygoers.

Additionally, the company is hosting a Twitter Photo Contest where fans are asked to upload photos of their viewing party and the one with the most likes receives a Golden Krust gift basket filled with golden and delicious Jamaican favorites and a 24-pack of Golden Krust Jamaican beef patties. Contest information will be posted on the Golden Krust Facebook page (www.facebook.com/GoldenKrustBakery).

Golden Krust Caribbean Bakery and Grill, a wholly Jamaican-owned chain of quick service restaurants continues on an aggressive growth path with the company eyeing expansion not only in the U.S., but Europe, the Caribbean and Canada.

UNDERCOVER BOSS, in its seventh season, is a two-time Emmy Award-winning reality series that follows high-level executives as they slip anonymously into the rank-and-file of their own organizations.  Each week, a different leader will sacrifice the comfort of their corner office for an undercover mission to examine the inner workings of their operation.

Founded in 1989 as the vision of Jamaican immigrants Lowell Hawthorne and his 10 siblings and extended family, Golden Krust Caribbean Bakery & Grill is inspired by the recipes passed down from family patriarch and master baker Ephraim Hawthorne, known for his homemade baked goods that feature the finest ingredients, Caribbean spices and signature, flaky crust.  Golden Krust now operates over 100 franchise restaurants in nine states, serving traditional Jamaican cuisine that has come to delight consumers of all backgrounds.  Golden Krust’s Jamaican patties are available in a range of flavors – spicy beef, chicken, soy and limited editions.  They are also sold at a variety of retail stores and supermarkets across the United States.