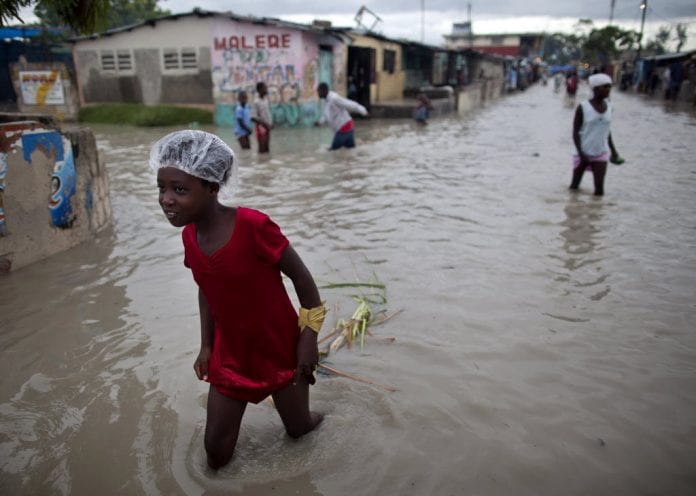 It said that the rains had caused floods and significant damage mainly in the west of the French-speaking Caribbean Community (CARICOM) country.

According to the DPC, preliminary reports indicate that two people were killed in Cité Soleil: one person died in Carrefour, where three others were injured and three others missing while in Cabaret one person died and another is reported missing during the heavy rains that have been falling since Tuesday.

The authorities said that at cattle had also been washed away in Cité Soleil while the Town Hall of Carrefour is reporting that at least 17 houses.

Several roads and bridges were also reported to be damaged.

The DPC said that in conjunction with other stakeholders, preparations are being made to provide relief to members of the population and that kits from the National Emergency Operation Center (COUN) are being sent to the communes for distribution.

The DPC said it was urging residents, especially those in areas at risk of flooding and landslides, to stay away from the watercourses and not to cross under any circumstances, the rivers being affected by the floods.

“Those living on mountainsides, on unstable terrain, already flooded with water and in flood-prone areas must evacuate for their safety,” it added.