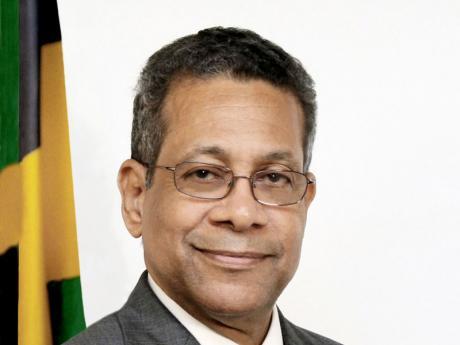 Baugh, a well-respected politician, and surgeon known for his calm demeanor, died at about 10:05 AM. He was 78 years old.

News of his death prompted many politicians, newsmakers, and supporters to extend their condolences to Baugh’s family. Andrew Holness paid tribute to ken Baugh on Twitter, saying “He was an honest man, a sincere man; a decent man. His conduct gave him stature elevated above politics. He was a true statesman and we will miss his guidance and steady hand. The entire nation owes his a debt of gratitude.”

Similarly, the current Minister of Health, Dr Christopher Tufton took to twitter to express his grief, stating “Dr Baugh, your calm demeanor and your sincerity of purpose made you the ultimate statesman who was loved and respected by all. May your soul rest in eternal peace.”

Dr. Baugh has been ailing for years, and officially retired from representational politics in 2015 due to ill health.

Dr. Ken Baugh was a rare Jamaican politician. One who was well-respected on both sides, because of his sincerity and genuine commitment to the development of Jamaica.

Ken Baugh was born in Montego Bay on February 24, 1941, the fourth of 10 children. He was educated at the prestigious Cornwall College High School before attending the University of the West Indies and then, Royal College of Surgeons in England.

Baugh was an outstanding medical doctor and consultant surgeon by profession. He worked at the Cornwall Regional Hospital for years before entering politics and was well-liked and respected among patients and residents of the community.

His passion for health and the quality of life of Jamaicans extended to his political career, which began in 1980. In that year, he defeated pre-Governor General Howard Cooke of the People’s National Party in the St James North Western constituency by 4,272 votes.

He became the health minister of the Edward Seaga-lead government and successfully served his term between 1980 to 1989. Baugh is considered to have been largely successful as a health minister. Throughout his term, he managed to push through several health reforms including the closure and downgrade of many hospitals that were not up to standard. In 1983, he also managed to contain a polio outbreak in Jamaica, one of the most well-handled national health scares in Jamaica.

When Seaga lost the 1989 election, Baugh became the Opposition Spokesperson on health and served as Opposition senator from 1989 to 1993.

He then briefly replaced Edward Seaga as leader of the opposition Jamaica Labour Party (JLP) in January 2005, following the former Prime Minister’s resignation. When Bruce Golding took over leadership of the country in 2007, Baugh served as Deputy Prime Minister and Minister of Foreign Affairs and Foreign Trade. Throughout his career, he served as general secretary and chairman of the JLP.

He also held the St Catherine West Central seat from 1997 to his retirement in 2015.

It is ironic that the very issue that Baugh dedicated his life to, would become the same issue he battled until his death. His health issues first came to light in early 2015 when Baugh announced that he was retiring from politics after over 30 years.

Later that year, still battling serious health issues, Baugh attended the National Awards in October to accept the Order of Jamaica for his distinguished service to Parliament, public service and for his contribution to medicine. Many were shocked when the former health Minister arrived at the ceremony in a wheelchair.

A month later, Baugh underwent successful brain surgery at the University of the West Indies to remove a brain tumour. At the time, the JLP released a statement, saying “Dr Baugh is a true champion of Jamaica and the JLP. We are happy that we have another chance at borrowing on his brotherhood, wisdom and courage.”

Despite his successful surgery, Baugh still battled with other health issues. On September 1, it was announced that Dr. Kenneth Baugh, OJ, had died. He is survived by his wife, Vilma, two sons, one daughter and several grandchildren.