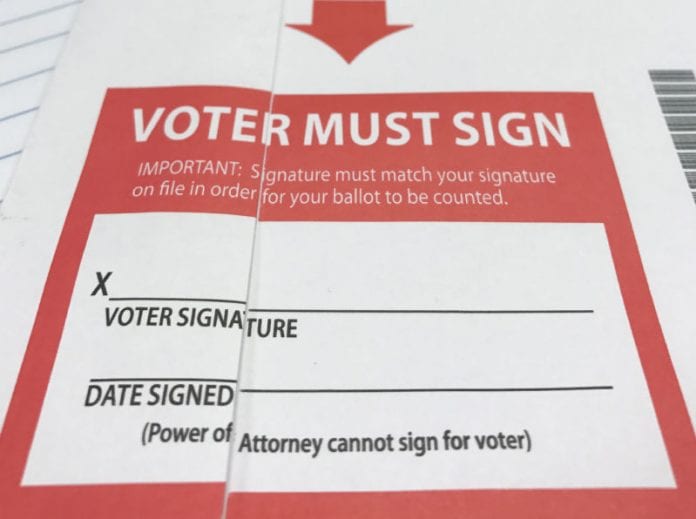 Following his ruling to extend the deadline for Florida’s voter registration to October 18, US District Judge Mark Walker has made another ruling which favors state Democrats.

Judge Walker’s latest ruling was in response to a lawsuit filed by the Florida Democratic Party and the Democratic National Committee claiming mail-in votes from Florida voters shouldn’t be immediately rejected if a voter’s signature does not match the signature election offices have on file.

The claimants argued in past elections hundreds of voters have been disenfranchised when mailing in their vote and their signature did not match the one on file.  On the other hand, voters who mailed in their ballots without their signature were given the chance to sign the documents before Election Day.

Judge Walker in his ruling on Sunday, October 15, said these actions were a “bizarre double standard” and were unconstitutional. He said the existing rules were an “obscene disenfranchisement.” The judge ruled that Florida must provide a method for voters to fix the signature problems that could arise when voters mail in their ballots during the current presidential elections. He said all voters should have the same opportunity to have their votes counted.

In his ruling Judge Walker wrote, “It is illogical, irrational, and patently bizarre for the State of Florida to withhold the opportunity to cure from mismatched-signature voters while providing that same opportunity to no-signature voters,” he wrote. “And in doing so, the State of Florida has categorically disenfranchised thousands of voters arguably for no reason other than they have poor handwriting or their handwriting has changed over time.”

To stop the double-standard, the judge ordered Florida Secretary of State Ken Detzner, to direct all 67 of Florida’s election supervisors to notify voters whose signatures do not match their signatures on file, to submit a signed affidavit to their county elections office identifying themselves as the person who submitted the vote. This would be similar to the method used in the case of voters who forget to sign their mail-in ballots.

To support their lawsuit Democrats made reference to a study conducted by Daniel Smith, a political scientist at the University of Florida which indicated some 23,000 Florida mail-in ballots were rejected in the 2012 general elections. His study indicated the rejection of these ballots were more likely to occur in Broward, Palm Beach, Miami-Dade and eight other counties, and Democrats were more likely to have their ballots rejected than Republicans.